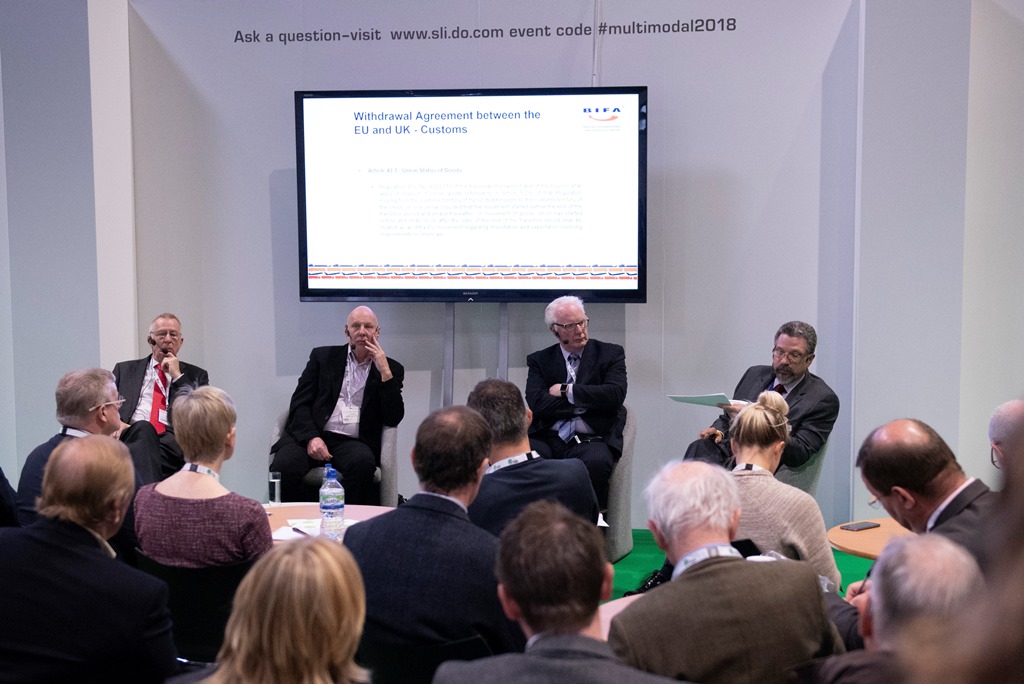 The UK’s withdrawal from the European Union is likely to increase supply chain complexity, according to speakers at the Multimodal exhibition and conference.
During a session on Brexit, Peter MacSwiney, chairman of Agency Sector Management (ASM) and co-chair of the Joint Customs Consultative Committee (JCCC) Brexit sub group said that politicians hoped that technology would be able to offset any new supply chain complexity caused by the exit from the EU.
However, he was sceptical: “We are unpicking everything that has been established over the last 40 years,” he said.
“There are very complex supply chains that cross the borders many times so there is a huge gulf between the political aspirations and the issues on the ground.”
The issue is further complicated as the UK is in the process, planned long before Brexit, of replacing CHIEF, its existing Customs entry system.
“There is just no way we can put in place by March next year any practical measures to do anything different to what we do now,” said MacSwiney.
Freight forwarder group BIFA’s director general Robert keen added: "We haven’t got a lot more to tell you than we could during this session last year, but all the indications are that whatever is decided, it will increase bureaucracy and red tape."
Even the expansion of trusted trader schemes such as Authorised Economic Operator (AEO) do not mean that shippers will not need to make Customs declarations, explained Robert Windsor, Policy and Compliance Manager and Executive Director for BIFA.
The speakers all agreed that some sort of special arrangement between Ireland and Northern Ireland was not realistic as whatever was agreed for the Irish border would need to be approved by all EU States.
Read more Brexit news