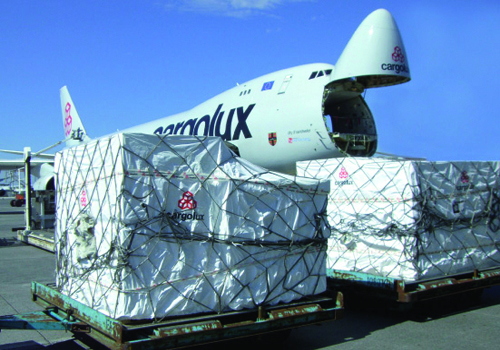 2012 was an extraordinarily challenging year of ups, downs and sideways moves for all-cargo airline Cargolux.
Richard Forson, stand-in president and chief executive (CEO), admits the beleaguered airfreight company’s performance last year will result in a loss ‘albeit better than they budgeted for’.
The CEO argues that several elements, such as macro-economics, hampered the carrier’s effectiveness. “Our performance was adversely impacted by a number of factors,” he declares in a Cargolux internal publication.
“These included a worsening of the Eurozone crisis, a deepening of the global slowdown – allied with high fuel prices – and a mismatch between capacity supply and demand, thus putting load factors and yields under increasing pressure as we continued to operate in a highly competitive market.”
The Luxembourg government has recently thrown Cargolux a lifeline by temporarily acquiring Qatar Airways’ 35 per cent stake – the Middle East airline bailed out last November – until a new long-term shareholder can be found.
Despite the European cargo carrier’s continued woes, Forson is quick to point out in his end-of-year message that Cargolux will continue to forge ahead with implementing its ‘strategy for sustainable growth’.
Read more in the next edition of Air Cargo News (14 January, issue 743).
Share this story