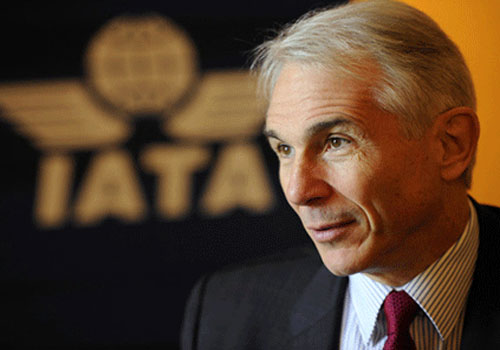 IT IS NO secret that the air cargo industry faces many challenges – especially financial, warns Tony Tyler, chief executive of IATA.
The airfreight industry has collectively generated about US$5 trillion in revenues since 2003. “Yet we struggled just to cover our costs and barely broke even,” he told the IATA World Cargo Symposium in Qatar.
The economic downturn has been particularly difficult for the cargo side of the airline business.
“The two-speed recovery has seen western economies struggle to regain lost ground, while the developing economies of the east forge ahead,” he observes.
Cargo has been hard hit with a decline in shipments of high value goods flowing from east to west.
“And sea shipping has captured a larger part of the growth in trade – even for some goods that traditionally have gone by air,” the IATA chief points out.
Speed is air cargo’s biggest selling point. But it comes with a price that is many times more expensive than shipping by sea.
“So there is tremendous pressure to further improve our competitiveness,” Tyler adds.
On average, air cargo accounts for about 12 per cent of airline revenues – much more at some carriers.
“That’s not far off the 14 per cent that is generated by business class [passenger] sales. Improving the competitiveness of air cargo has the potential to impact positively our very thin margins.”
Share this story