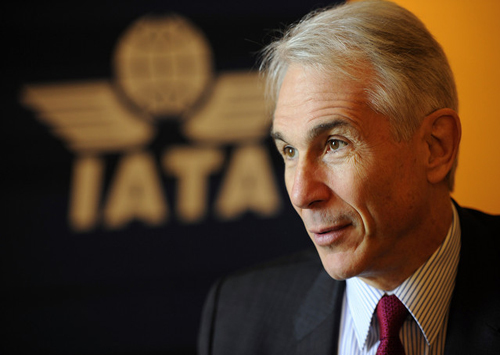 AIRFREIGHT recovery is fragmenting according to IATA chief.
The latest traffic figures released by IATA air cargo posted a feeble 0.6 per cent global growth rate coupled with a 0.6 per cent fall in airfreight volumes between August and September.
Capacity was trimmed 0.6 per cent compared to year-ago levels. This strengthened the freight load factor slightly to 45.6 per cent from 45.1 per cent a year ago.
Tony Tyler, IATA’s Director General and chief executive comments: “A ‘two-speed’ recovery is emerging into a ‘multi-speed’ reality.
“Carriers in China, Latin America and the Middle East are growing strongly. Europe’s airlines are experiencing profitless growth in a strategy to manage high fixed costs and taxes.
“In Africa the challenge is to turn growth opportunities into profits. But for North American airlines the focus is on tightly managing capacity in order to optimize profits in a slow to no-growth environment.
“Asia-Pacific carriers outside of China are a mixed bag. Robust growth in China is being tempered by faltering markets in Japan and India.”
“Putting regional diversity aside, the fact that airlines are making any money at all with weak markets and high fuel prices is a tribute to their strong business performance, as evidenced by maintaining global load factors close to 80 per cent since the start of 2012. Even with that, airlines are expected to eke out a global net profit margin of only 0.6 per cent.
“It’s a tough year,” concluded Tyler.
Share this story