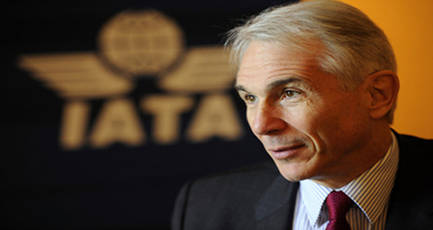 AIR CARGO markets surged last November rising 6.1 per cent in comparison with the same period in 2012, IATA reveals.
Although November is typically a strong month, volumes rose steadily (up on October’s 4.4 per cent growth) even after accounting for seasonal impacts, a statement reads.
“The increase in freight tonne kilometres (FTKs) in November (and recent past months) is consistent with an improving business environment,” states a spokesperson.
Asia Pacific was a key driver in the overall result. The jump in demand among the region’s carriers, which accounts for some 40 per cent of the global market, is a good indicator for broader airfreight improvements in the coming months. Cargo demand grew by some 4.9 per cent compared with the same period the previous year. A rebound in Asian trade volumes; the improving Chinese economy, along with stronger demand for Asian manufactured consumer goods in North America and Europe, fuelled the increase.
Meanwhile, European carriers recorded an eight per cent hike with the Eurozone showing signs of further growth in the fourth quarter.
But Middle Eastern carriers reported the strongest performance with a 16.5 per cent year-on-year growth over 2012. They benefited from improvements in advanced economies, including better demand in Europe, as well as, solid economic and trade growth in the Gulf area, the statement continues.
“The trend is likely to continue with indicators showing record high export orders in the UAE, which bodes well for continued growth in the region’s trade volumes,” the spokesperson adds.
All regions reported growth except for Latin America and Africa. Healthy demand coupled with a slower expansion in capacity also helped to improve the average load factor to 49.2 per cent – 0.7 percentage points above November 2012.
Tony Tyler, director general and chief executive of IATA, declares: "The November results are encouraging – particularly for carriers in the Asia-Pacific region. The uptick is a welcome development in a weak-performing market. [But] overall volumes, when adjusted for seasonality, are still below the peaks reached in 2010 and 2011."