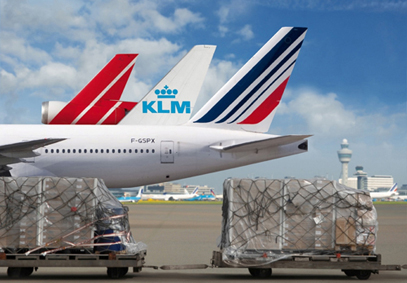 Despite posting a rise in group revenues Air France KLM have reported a first half fall in cargo.
Traffic figures at the European carrier were down 6.9 per cent for the last quarter in line with trends at other major carriers.
A spokesman for the group said: “Cargo traffic fell sharply, capacity was down 2.5 per cent leading to a 2.8 point drop in load factor to 64.5 per cent."
Bosses chose to focus on the 5.2 per cent rise in overall revenues.
Share this story