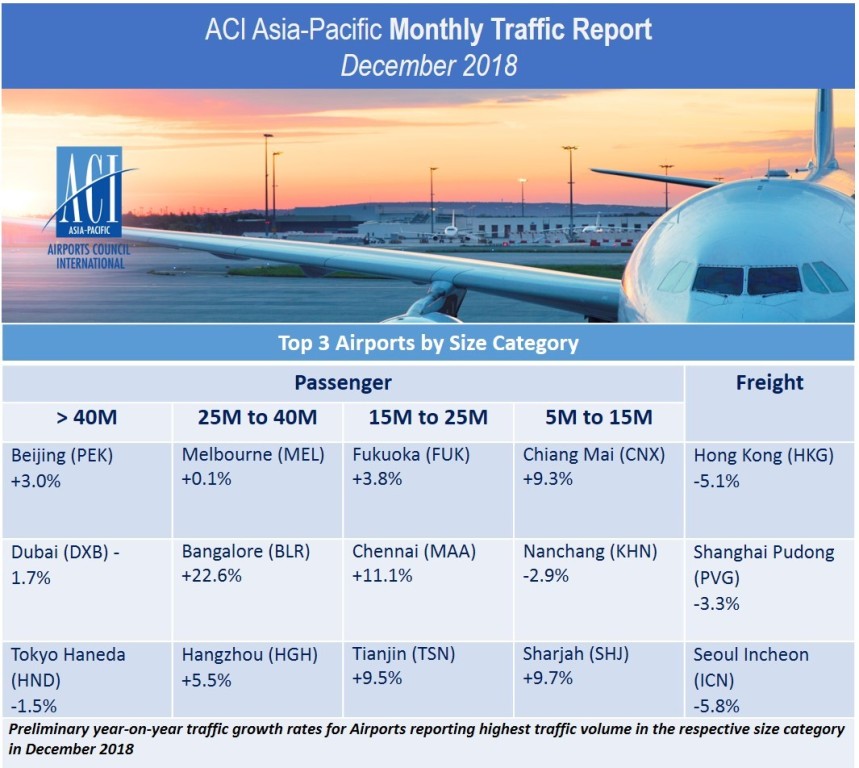 Airports Council International (ACI) Asia-Pacific, posting its 2018 year end and full year traffic analysis, said that the December decreases were due to a “weakened global economy, reduction in exports and manufacturing activities”.

For the full year 2018, airfreight in Asia-Pacific and the Middle East grew marginally at 2.4% and 0.1% respectively, with airports in both regions experiencing a slowdown in the second half of the year.

ACI stated: “Uncertainties resulting from trade disputes and slower economy was ameliorated somewhat by growth in the e-commerce and pharmaceutical sectors.

“The impact and uncertainties of the trade war between China and the US will continue to cast a shadow over the air freight demands in 2019.”

ACI Asia-Pacific is based in Hong Kong and represents 110 members operating 589 airports in 49 countries/territories in Asia-Pacific and the Middle-East.