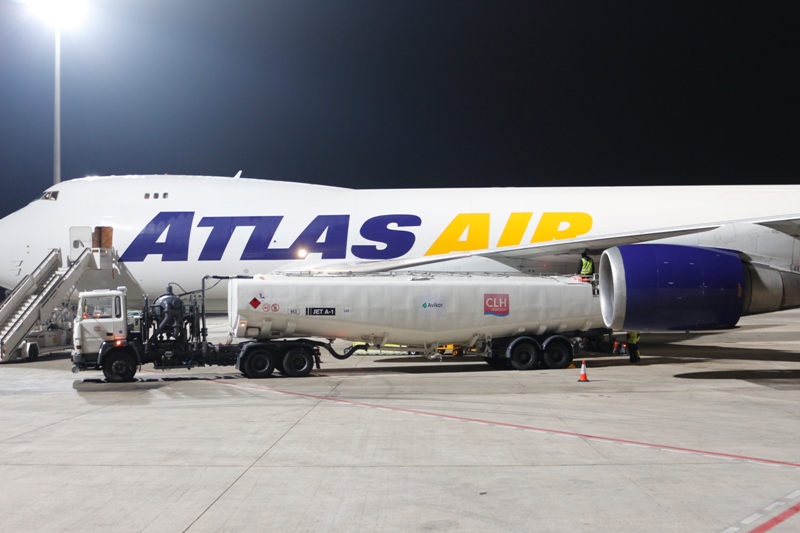 The carrier said on December 22 that the flight from Spain’s Zaragoza airport to Mexico City, which took place a day earlier, is “believed to be the first transoceanic commercial cargo flight in Spain to include a blend of SAF and Jet A-1 fuel”.

Atlas operated a Boeing 747-400F for the mission, with the jumbo using a fuel mixture which included 2.33% SAF.

“Through ongoing meaningful partnerships, we will drive wider acceptance and availability of SAF, which will lower costs and have a positive impact on our industry and the environment,” he added.

Sustainable aviation fuel can reduce carbon dioxide (CO2) emissions by up to 80%. More than 40 carriers including Delta Air Lines, Lufthansa and Finnair have begun using the fuel to help shrink their carbon footprint. Aviation accounts for about 2% of greenhouse gas emissions worldwide every year.

Last month, industry trade organisation IATA urged governments to promote the fuel, which is made from renewable sources, as a critical tool to enable the sector to halve its CO2 emissions against 2005 levels by 2050, calling it a “game changer” in the industry.

The association says it envisages SAF’s usage rising from around 0.01% of global aviation fuel currently, to 2% in the middle of the decade. By 2050, it hopes SAF could represent 50-85% of aviation fuel consumption, via a “gradual ramp-up” in its adoption.

IATA is targeting a 50% reduction in CO2 emissions against 2005 levels by 2050, a pledge that was reaffirmed at its AGM on November 24.