B737 freighter conversion for Kenya 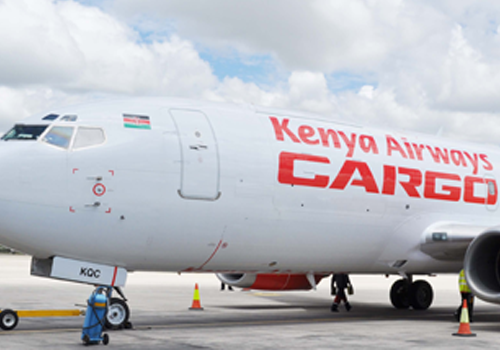 KENYA AIRWAYS CARGO has received its first fully-owned freighter to tap into growing trade volumes in Africa and strengthen its freight business as a part of the airline’s capacity optimisation programme.
The B737-300 freighter is the first of four passenger aircraft, owned by the airline, which were identified for conversion by the airline in October last year.
It will operate in eastern, central, and southern Africa. Planned destinations include: Juba, Luanda, Bangui, Douala, Yaoundé, Kigali, Entebbe, Dar-es-Salaam, Kinshasa and Bujumbura, amongst others.
The new freighter will help to capitalise on a burgeoning African cargo business as the airline seeks to satisfy a surge in demand for cargo services in some of the regional routes where it operates the much smaller Embraer jets which have less cargo capacity.
“It will be a perfect addition to our fleet,” says chief executive Titus Naikuni.
“This freighter will go a long way into giving us a larger share of the growing cargo trade segment across the regions we operate in, as well as increasing our revenue from cargo services – which has a significant impact on our business,” he adds.
Kenya Airways plans to have 12 freighters in its fleet by 2022.
Deployment of the converted freighter is expected to capitalise on the growth of traffic flows from China to other African points. “It’s aa perfect business solution for the in-feed, de-feed capacity mismatch.”
The conversion involved extensive structural work that included strengthening the floor, a main-deck loading system, reinforced frames and a cargo door cut-out to accommodate larger pallets and containers.
The converted freighters will offer a 10-pallet format instead of the usual nine on such aircraft.
Share this story