Cargo Airline of the Year 2013 voting to open 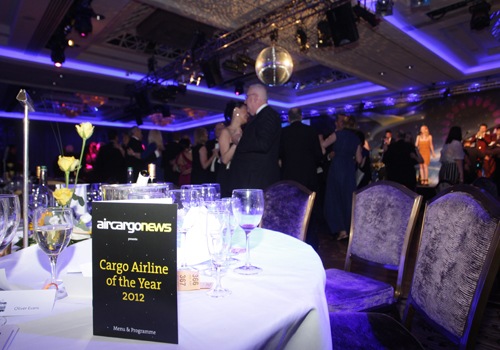 VOTING in the 30th anniversary edition of the Air Cargo News Cargo Airline of the Year awards is to start next month (February).
Online voting forms will ask readers around the world to endorse their favourite carriers in global and regional air cargo markets, including an acknowledgement of the overall leading airline, a position currently held by Emirates SkyCargo.
The annual competition also reveals the top GSAs, charter brokers and ground handling organisations and finds out which airports are considered the most cargo-friendly.
As part of the 30-year celebrations, Air Cargo News is to present a string of new awards this year. They will include best airports and best ground handlers in noted regions in Asia, China, the Middle East, Europe, Scandinavia, Russia, Africa, Latin America, the USA, Canada and the Indian sub-continent.
The winners will be announced at this year’s gala ball at the Lancaster London Hotel on April 27.
Sponsors this year include Swissport, ACP, Frankfurt Hahn, MAG, Glasgow Prestwick, Ruslan International, Virgin Atlantic Cargo, Chapman Freeborn, Geodis Wilson, Manston International Airport, QCS, SASI and WFS.