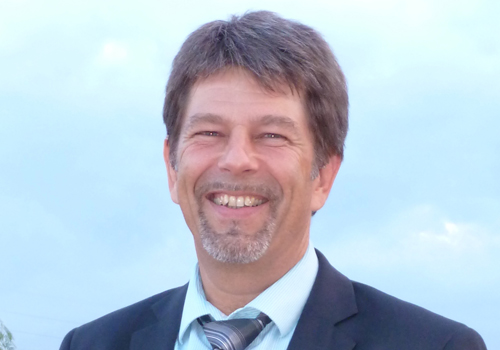 ONE could be forgiven for assuming that the ground handling industry is essentially a modern invention that emerged as a consequence of airport operations and the industries affiliated to them. But anyone harbouring such thoughts may need a little history lesson and, possibly, a philosophy tutorial too from Frédéric Meyer.
The chief executive officer of AMC Group Map Handling is unhappy with the less than complimentary general perception of ground handling within the dynamics of the industry.
“I would like to change the idea people have about our profession. Ground handling is not a burden in the sense that it is a necessary evil,” he insists. “On the contrary, it is an important developmental factor for transport companies: the ground handler allows the carrier to benefit from these services at lower prices [than it can provide itself].”
He continues the history lesson: “My first boss used to say that [today’s] ground handling did not originate from air transport. We can find traces of this trade dating back to the Phoenicians, who discovered economies of scale. The first emporiums emerged when the carrier understood that it was better to transport more goods and get rid of crews in charge of the stowage, the landing, the load, the provisioning etc.” Food for thought?
According to Meyer, this simple move lowered the carrier’s expenses and improved the quality of the service it was proffering.
It must be noted at this juncture that Meyer’s first boss was not a Phoenician but one Bernard Fleury, the then chief executive of Air Azur, and who went on to play a pivotal role in fashioning the young Frenchman’s career – who started as an economics undergraduate hunting for any summer job which would furnish him with some extra pocket money.
It was April 19, 1985, when he fortuitously began working for Air Azur, based in Nice.
“I found the business fascinating and Mr Fleury asked me to stay at the end of the summer. This was the beginning of my career in the industry,” enthuses Meyer.
Once his feet were under the table, the enterprising economics major wasted no time in forging ahead with his masterplan to learn all the ‘ins and outs’ of the business by occupying a variety of positions spanning the full spectrum of passenger and airfreight services.
Fleury’s faith in his young protégé paid off. Meyer’s intellect, passion, drive and enthusiasm resulted in him being promoted every few years between 1988 and 1999. Not surprisingly, it was only matter of time when he would elect to strike out on his own. That milestone came in March 2005.
“I built the AMC Group holding company and acquired two bases from the Swissport Group, in Nice and Toulouse,” Meyer reveals proudly. “We then started to operate these two stations – which had [a combined] annual turnover of €9million (US$11.72m) at the time and losses that had reached €4.5 million a year.”
Of course, it was a forgone conclusion that Meyer would excel in this new venture given his track record. But nobody could have predicted to what extent and how fast. He expanded quickly establishing a new base in Marseille, some 12 months later.
It was not all just good timing though. Unquestionably, one of the hallmarks of a good manager is having an awareness of his/her shortcomings. Another is recognising the importance of having the correct team in situ, especially when steering through an economic storm.
Meyer – a father of three – exhibits admirable humility when detailing how he has succeeded.
“We worked very closely with our employees as they represent the real wealth of our business, through training, constant support, human and financial recognition,” he underscores.
“Numerous faithful [customer] companies followed us in this adventure, such as Emirates, Air Corsica, (known as CCM at the time), EL AL, Royal Air Maroc, Delta and so many others,” he adds magnanimously.
After 30 years, he is as enthusiastic about the business and managing people as ever.
“I feel very close to my employees, I need their support and I understand all the difficulties connected to their tasks,” he asserts. “I am convinced that our profession will not disappear. Our trade is undergoing a profound mutation, as it did in the past.
“The handler is there to anticipate and to get ready to satisfy the requirements of tomorrow.”