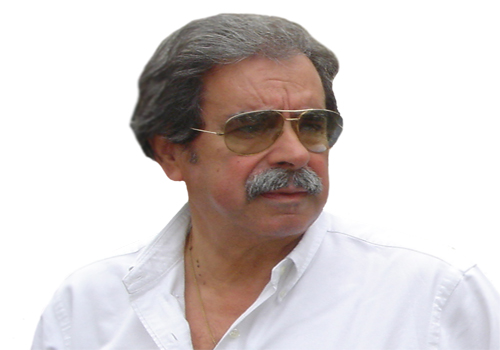 HERNANI ARAUJO truly embodies two of Confucius’ most quoted philosophical sayings: ‘Wherever you go, go with all your heart’ and ‘Choose a job you love, and you will never have to work a day in your life’.
The 65-year-old is among the lucky few who can declare, hand on heart, that he is living the dream and enjoying every minute of it.
“My philosophy in life is that money is important, but it is not everything. Self-satisfaction is much more essential,” enthuses the long-serving manager for TAP Cargo’s UK & Ireland operations.
“Of course, when you enjoy what you do, the quality of your work is completely different too.”
This has proved to be true of his career in air cargo. Since switching from TAP’s accounts department to the cargo division some 41 years ago, he has never looked back and working life has always been enjoyable. “A career depends very much on the person,” he emphasises. “What you do for a living must be pleasurable, because you spend most of your time doing it.”
After just 12 months in TAP’s accounts department, Araujo made good his escape, requesting a transfer to freight, primarily because of his love of aircraft and the fact that he would be based at the airport – the nucleus of operations. “I liked having contact with aircraft and the crews,” he explains.
“And cargo is something you either love or you hate, there is no middle ground. I had several invitations to join the passenger side but I refused. Cargo has been a very enjoyable journey.”
Araujo’s odyssey began at home in Portugal, when he was a nine-year-old schoolboy. Instead of imagining being a professional footballer, or an astronaut, he fantasised about enjoying life in cosmopolitan London.
“I don’t know why I wanted to be in London, I just did,” he explains. “I cannot pinpoint exactly the reason, but I do remember people talking about the Queen, all the tradition and horse racing in the UK and I have always loved horses.”
“The fantastic social and cultural opportunities and events in London are endless – Wimbledon, Royal Ascot, the Henley Regatta, exhibitions, museums etc,” he enthuses.
“When I arrived at Heathrow, I experienced the sensation of knowing I had realised my dream.”
Little did he know his position at TAP would suddenly furnish him with an unforgettable chance encounter that would put paid to his bachelor days.
“I met my future wife Natalia on April 4, 1972. She was walking somewhere in the same building, I thought she was gorgeous,” he candidly reveals. He proposed to her two years later.
The couple have one son, who opted not to follow in his father’s freight footsteps and instead became a sales director for an IT concern. But what about the boy’s name? Portuguese or British?
Araujo says he was driving to the hospital to see his wife, who was already in labour when, for the first time, he heard the famous American singer’s hit track ‘Fifty Ways to Leave your Lover’.
“I thought it was a strange title but, anyway, I liked it so much I said to myself: ‘If our baby is a boy I am going to call him Paul Simon’.
Araujo has witnessed many changes in his beloved London since that life-changing experience of becoming a father to Paul.
“Recently it has been the decline in the aviation industry in this country that has really upset me,” he reveals.
“Since I arrived, industry has completely changed from manufacturing to service. And, of course, if there is a reduction in manufacturing exports from the UK then airfreight retracts as well.”
Unsurprisingly, a second bone of contention is the UK’s non-existent aviation policy, which remains a political hot potato.
“I don’t think the Thames Estuary proposal from mayor Boris Johnson, is viable,” he candidly states. “They have to expand Heathrow and increase the capacity.”
The air cargo loyalist also underscores the need for a “proper freight terminal” at the flagship airport of Heathrow.
Despite these concerns, it would appear not even the consistently poor weather can dampen Araujo’s fervor for the British Isles.
“I will always live in England. It is the place where I want to die,” he confesses.