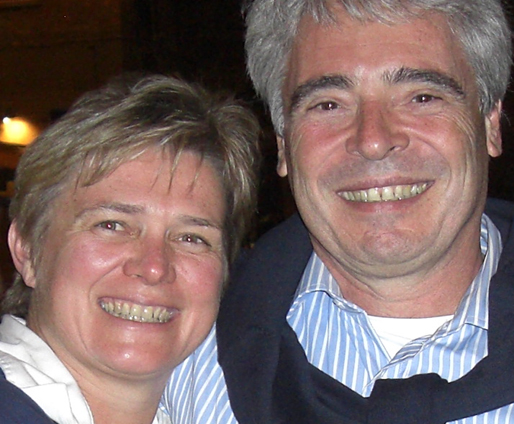 PICTURE a diminutive six-year-old smiling sweetly as she helps an air stewardess serve drinks on board a Lufthansa flight from Germany to Puerto Rico.
The youngster is engaging and looks so contented the passengers naturally assume she harbours the stereotypical dream of following in the footsteps of the original Pan Am girls, envied worldwide for their glamour and jet-set lifestyles.
But they could not have been farther from the truth. In fact, the girl grew up to be Hjoerdis Stahl – one of the most formidable senior managers in the air cargo industry.
The event was the harbinger to a varied and distinguished airline career culminating in her appointment as executive vice-president (EVP) of leading European ground-handling agent LuxairCargo (LC). “I guess the seeds were sewn then,” admits Stahl. “Working in the airline industry is certainly a dream come true for me.”
Much admired for her fastidiousness and no-nonsense management style, ‘Madame Stahl’ – as she is commonly known among her staff – reveals the secret behind her continued success. “I love what I do for a living,” she proclaims. “I like working with people, I like logistics and, of course, I like travelling.”
It takes a little bit of luck too, especiallty when starting a career. “It was Lufthansa who gave me the opportunity to explore the kinds of types [of jobs] available in the industry, ranging from airport services, weight and balance, to marketing and sales.”
The international relations and languages graduate – she speaks English, Spanish, German and French – discovered she was more suitable to an operational post after winning a place on the German flag-carrier’s management programme in Washington DC, aged 24. “I have never looked back,” she adds.
Born to German parents in Puerto Rico, Stahl’s regular trips during her school summer holidays to see family members in Germany, began to imbue her with an international insight which, she says, has assisted her over the years in executing her job to the best of her ability. “I have learned to become diplomatic, but I am also very honest. I do not beat about the bush.”
She prides herself on being fair and patient when dealing with members of staff. “Everybody deserves a second chance and I truly believe that. I have seen people change and grow through their mistakes. But there does come a point when I say: ‘This is the end of the line’. But I do not do it in such a way that it is damaging or hurtful.”
Stahl continues: “Managing is probably the hardest job to do, if you want to do it well. You must be able to pull people along with you.”
She is quick to pay tribute to her now retired former boss Werner Schuessler, who mentored her at Lufthansa.
Stahl made her first foray into management at the Frankfurt-based airline’s cargo division in the late 1990s.
She remembers one incident where she was made to feel less than welcome at an all-male meeting, shortly after she won her first operational post. “I walked into the room full of men and you could hear a pin drop – and then one of them turned around and announced: ‘Well, you are going to have to get your own chair’.” She did and, self-assuredly, sat down and introduced herself.
“It’s the kind of experience that makes you stronger,” Stahl strongly emphasises. “In any case, at the end of the day, I am still around – and some of them did not make it!”
In the past, women working in the cargo business were either secretaries or employed just to type airwaybills.
“They were not the ones doing the managing. There are now a few of us [women] out there now. We are doing a good job and there will be more,” she predicts.
Stahl, who has been married to her husband Herbert (pictured, left, together with Hjoerdis) for seven ‘blissful years’, has made a major sacrifice for her dedication to her 12-hours-a-day, high-powered career. Children. However, she is kept more than busy with 10 godchildren to spoil.
Not one to take herself too seriously, Stahl can often be found giggling with members of her team in the company’s cafeteria during lunchtime.
“I love to laugh and I can be a real softy,” she discloses. When the classical music lover is not overseeing Luxair’s cargo operations, she and Herbert like to relax with a glass of wine and Mozart. The couple also have a penchant for opera.
Incidentally, Stahl still has the set of wings that the Lufthansa stewardess took from the lapel of her uniform and gave to her after that memorable childhood flight home to Puerto Rico.
Share this story

The Solidarity Transport Hub (STH) company has announced a tender procedure to select the consultant for design documentation review. The…