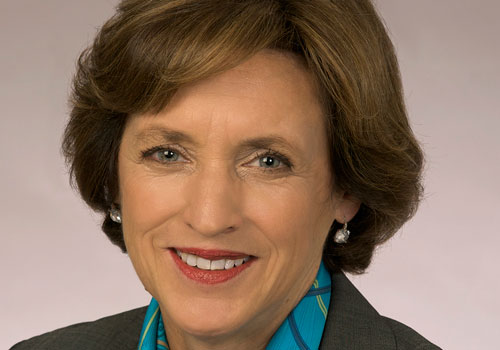 ALTHOUGH it is impossible to accurately predict what will happen from one day to the next – and it is rather foolish to attempt to do so – one can still proffer a reasonable forecast supported by trends or patterns.
Peering into Lise-Marie Turpin’s past, it is fair to say her business executive father sewed the first seeds of a life that would be spent globetrotting. Enthralled by his tales of colourful far-flung worlds beyond her suburban front door in Montreal, a young Turpin had already set her heart on the aviation industry, long before it beckoned.
“My father would return from a country he visited with stories from his travels, along with a book, objet d’art, music or just photographs, so it was like having a live geography lesson every time he came home,” recalls Turpin. “I also travelled quite a bit with my parents as well, so different cultures and languages etc have always intrigued me.”
Coming into close contact with a kaleidoscope of environs and indigenous populations during family holidays also clearly influenced her choice of degree: languages and social studies. Turpin was an undergraduate when she made her first foray into the business with a part-time job at Air France (AF).
“I worked in reservations but it is now known as the call centre. I jumped at the chance, because it paid quite well and, at the end of the summer, we were able to fly anywhere Air France flew,” she recalls.
“To be offered the opportunity to fly anywhere the airline flew was really enticing. Once you have had a taste of that, you are eager for more. This was at a time before deregulation in the industry so it was perhaps, more glamorous than it is today.”
Turpin spent three summers assiduously booking flights and hotel rooms. Unsurprisingly, her devotion to not the most inspiring of jobs – with its repetitiveness, predictability and the inevitability of regularly placating a smattering of exacting customers – quickly elevated her status from just another undergraduate to a peak performer going places.
Realising it had a star in its midst, AF offered Turpin her first full-time position after she graduated. But it was at this crucial point when her burgeoning aviation career was set to take off that she hesitated.
“I had no intention of staying because I thought I have not studied a university degree to work in a call centre, but I was very quickly encouraged to move up within the company and I never looked back.”
The airfreight bug bit Turpin when she took up an operational sales role with Air France Cargo in Canada. “I really appreciated the immediacy of the [cargo] sale as opposed to on the passenger side where you might be selling capacity a year ahead,” she explains. “You can go in to the warehouse facility on the same or next day and actually see the freight – instant gratification.”
Understanding trade, the world’s economy, traffic flows and having a macro-economic view, is terribly exciting, especially these days since trade is very volatile, she observes. “There is always a new challenge and that is certainly one of the main reasons why I love my work.”
Although times have changed with regard to the rate at which women excel in what has historically always been a predominantly male-dominated industry, Turpin has a tendency to smash through any barriers with her steely determination and optimism.
“My glass is always half full, rather than half empty, ” she declares. “Early on in my career, I was very careful to segregate my professional life from my family life. I did not want to have any so-called check marks against me. I wanted to make sure nothing in my family life could alter one’s view of me in my professional life.”
Turpin, who is happily married with two adult children, is magnanimous about her efforts to use her challenging experiences to guide younger generations so they ascend professionally unimpeded.
“I am impressed by how sharp young people are and how fast they learn. Within the right environment, air cargo can be terribly exciting. I find it very exhilarating having new people come into the industry.”
Despite all of the thousands of air miles she has accrued over 30-plus years, travelling still remains her favourite pastime just as it did as a child.Thankfully, her husband Alan shares her burning passion for the unknown.