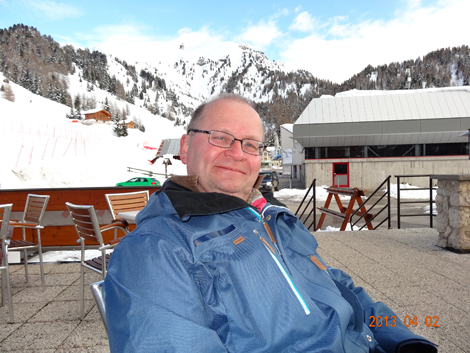 PASSION, like enthusiasm and charisma, is unmistakable. Either one possesses it, or not. A person may be able to ‘fake it’ but, inevitably, the façade will slip, revealing his or her true feelings.
Equally one knows when one is in the midst of its intoxication. How many times have you found yourself being swept along by someone else’s dream, buoyed purely by their sheer, unwavering belief that anything and everything is possible?
Such a powerful emotion is unstoppable, even in the face of the enemy (something the enemy always seems to forget), and it is for this reason it should also come with a health warning. Author Thomas Mann wrote in his much-celebrated novel, Death in Venice: “Passion is like crime: it does not thrive on the established order.”
Such a profound statement will resonate with Magnus Ohlin, director of airline contracts and services for the Cargo Centre, in Stockholm, Sweden.
Ohlin is a ‘recovering work-aholic’. His passion for the air cargo business threatened to derail his life forever when he found himself on the verge of a nervous breakdown. His bout of illness was a shot across the bows.
“Nowadays I try to work my 40 hours a week and not more,” reveals the father-of-three. “Back in 2008, I was almost walking into walls, so I stayed home for six weeks. The company I worked for had just lost a contract with Cathay Pacific and I had to sack a lot of good people and I hated it. That period really made me take stock.”
On arriving home one day, his eldest daughter declared: ‘So you are home.’ He responded: ‘But I am always home.’ She retorted: ‘Yes, but not mentally.’
“That was the slap in the face I needed.”
The lure of being around aircraft day-in, day-out was the pivotal reason Ohlin began working part-time for Liquor Stores, which was a part of SAS, the Scandinavian airline, in November 1977.
At the time he was studying economics and after graduating decided to continue full-time in the job. His innate enthusiasm and determination – qualities that have held him in good stead throughout his career – drove him to learn the business inside out, ranging from staff management to ordering alcoholic beverages for each store. “I am always trying to find out what happens in every department. It is important to know everything about the supply chain,” he observes.
Twenty years later, he was an international salesman for the flag carrier of Scandinavia. The elevated position allowed him to indulge his passion for travelling sparked, intriguingly, by one of the original Pan Am girls. “My older sister flew (as an air hostess) with Pan Am in the early ‘70s, based in New York,” Ohlin recalls. “She came home and visited us whenever she had flights to Europe.”
Ohlin’s grounding in air cargo came when he joined Alitalia in 1983. There, he learned everything there is to know about freight, ranging from bookings, weight and balance to ticketing. He even supervised the loading of consignments onto aircraft to ensure they were on the correct flights every morning.
“I did more than three months’ training in Rome, so I got the operational knowledge so-to-speak at Alitalia,” he recalls.
In 1987, he joined TWA to set up its Swedish cargo division. And, although he also earned his stripes in passenger operations with the iconic American airline, his heart was really set on freight. Two years later he left TWA and started at Cargo Centre in 1995, as a clerk, before leaving to pursue other opportunities. But the company’s managing director enticed him back in 2011.
“I really like people, and cargo is a people community. You more or less know all the people you work with, if you have been around for a while, like me. After 10 years of people shouting at me because their flight is late, I discovered it is as exciting working with cargo as it was working with passengers. I have been in the airfreight business [full-time] since 1995 – and I love my job.
“It’s also easier working with cargo than it is with passengers. If anybody gets upset in cargo, it happens 24 hours later,” he jokes.
Asked what life has taught him, Ohlin digs deep before reflecting: “Finally I learned to be honest with myself and to divide my life between my family, my work and my spare time.”

British Airways has reinstated around half of its flights on September 27 after pilots called off their planned strike. The…