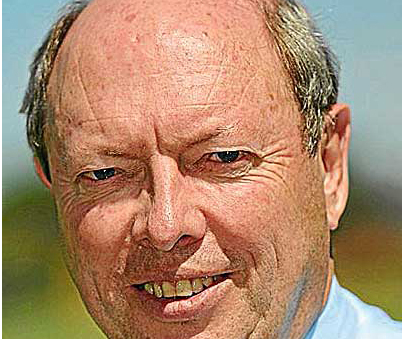 RELIVING your youth is many people’s dream but if Neil Hansford is right it might also be the air cargo industry’s path to salvation.
Last edition we spoke to a newly minted cargo president in the shape of Kenji Hashimoto at American Airlines – his career in cargo is in front of him.
Hansford by contrast is best known for playing a big part in introducing overnight post and package network to Europe with TNT during the 1980s but that does not mean he is less forward looking in his views and he believes his experience has lessons for the current generation.
The 63-year-old recalls arriving from Australia with his TNT team: “We were young bulls in a field of cows.
“We didn’t spend time learning the rules and we were without preconceptions of how things should be done.
“It was just a question of working out which cow was first because in the end we knew we we’re going to get them all.”
The cargo veteran believes the likes of Hashimoto could relive those “pioneering” glory days when TNT blazed a trail in European express mail.
“The opportunities are all there,” he says. “If somebody asked me, I would do it all again. You never forget how to ride a bike.”
Hansford says the airfreight industry is currently seen as the poor relation – hanging onto the coat tails of the passenger wing.
He believes if cargo is allowed to focus on its own model as a more autonomous business, buying space from the passenger side it could, once again, be very profitable. He points to the likes BA cargo and Lufthansa Cargo as the model he would like to see going forward.
He has one piece of advice for the next generation of cargo champions: “If you are in business which doesn’t appreciate there is real money to be made in cargo then go and find yourself a real job.”
Chris Foyle, the founder of Air Foyle said: “I have great memories of him when he was sent to the UK by Sir Peter Abeles, then the boss of TNT in Australia, to mastermind the setting up of their new air overnight operation in Europe using the British Aerospace 146 specially converted to freighters straight off the production line, especially ordered by TNT from British Aerospace.
“Being an Australian company, TNT could not own, control or operate an airline in the UK or Europe, so it decided to use airlines holding UK and European Air Operators’ Certificates to manage and operate the aircraft on its behalf, as suggested to TNT by myself. We had already been providing them with cargo aircraft of our own, and leased in, since 1982.
I suggested to TNT, and produced a proposal for them, that my company Air Foyle should perform that role.
“Neil Hansford arrived in the UK on Boxing Day 1986 and that started an interesting relationship. He did not just accept my proposal, but went out to a number of different airlines as well to see what they could offer TNT.
“Fortunately, Neil decided to use Air Foyle. We operated the first B.Ae-146 freighter for them on 1st May 1987, and within a couple of years I was operating 10 of these aircraft for TNT, 60 per cent of their fleet.”
“Working with Neil was like riding a roller coaster. He was ebullient, stimulating, engaging and amusing, could be amazingly rude, and was full of Australian witticisms.
“Neil had tremendous energy and was the right man at the right time to get a major new operation of this sort up and running in this way, he has no match.”
Industry relations executive Cathy Howe recalls: “If you work for Neil he’s a hard task master and expects results; but he’s a great motivator and team leader -what you see is certainly what you get.  There aren’t very many individuals like Neil, he is – one of this industry’s most original thinkers.”
Share this story