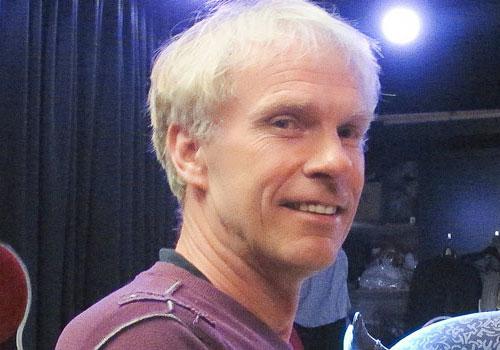 ONLY a decade or so ago, the air cargo industry was still synonymous with liquid lunches, resulting in deals being clinched with a swig of beer or a sip of wine.
It was commonplace and largely expected for supply chain members from the top-down to cement new or renewed contracts huddled together in watering holes around airports or during lavish fine dining at some of the world’s most salubrious hotel restaurants.
That era, of course, unceremoniously ended with the advent of the anti-competition laws, which saw the business change forever.
Although Peter Kales, now 51, started out during the industry’s heyday 30-odd years ago, he has, surprisingly, always eschewed conflating socialising with work. In stark contrast to many of his contemporaries, professional networking is off the menu.
“I work hard, do my job properly and that’s it,” declares the chief executive of Netherlands-based Kales Airline Services. “People get what they see, I do not build my social life around my work, I don’t play golf or ‘hang-out’ with customers. I am on top of my organisation and I know what is going on in the industry and the only way one can be able to achieve this is by putting a great deal of effort and time into it. I know what is going on in the market, I know who the competition are, I know the customers and I know what I am doing.”
When Kales is not putting carriers and customers together, he inhabits a rather different stage – one that is not only far removed from his day job but also involves real actors, as director of an amateur theatre club.
“I have been a member of my local theatre club for 34 years,” he reveals.
Before he founded his company with 50,000 Dutch Guilders from his father-in-law, Kales enjoyed acting but quickly discovered learning the lines of a play was not compatible with trying to get his new venture off the ground.
Rather ironically, although Kales has gone to great lengths to compartmentalise his personal and professional life, the two are connected because the person instrumental in getting him his first cargo position also introduced him to amateur dramatics.
“A friend of my brother was working at Cargolux,” he explains.  “It was a small off-line branch at Amsterdam Schiphol Airport and he always talked so highly about the air cargo industry. It sounded so exciting and I thought this is where I want to be, so one day I said to him: ‘If you ever have a position available please take me’.”
He continues: “After a couple of years, he finally decided that he could have an extra employee and took me on board and that’s how I started in the cargo business. I was 21.”  A year later, Kales moved on to a GSA and it was during this period that, he says, he truly came to understand how the air cargo industry works.
Over the years, Kales has created a winning business model based on honesty, trust, loyalty, industriousness and rewards. He oversees an enviable talented team of professionals.
How did he do it? “You must make sure that every single department has the best people and you have to pay them well. This is 100 per cent important,” he proclaims. “Of course, you can get people and give them low salaries – but you get what you pay for.
“We are asking a lot of from people – high professionalism, drive and flexibility and not everybody can do this. It is a difficult job, it is a fight every day, and you never have a customer forever. My top management and sales people get a target and for everything they earn they get a percentage of the profits and it has paid off for so many years.”
Kales thrives on troubleshooting and is dismissive of making decisions based on conjecture, preferring to take one day at a time. His enthusiasm has not waned and he still has sights on the zenith. “If one wants to do things right and be the winner, they have to have a little more drive and passion than anybody else,” he asserts.