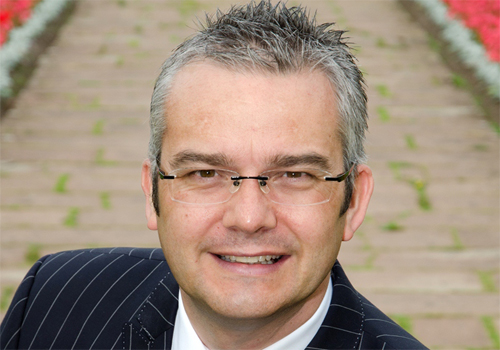 STEPHEN Dawkins’s initiation into the industry might have put some people off air cargo.
Leaving school at 16 the young Steve spent his Friday nights packing mail at East Midlands Airport in the UK, instead of partying.
However, on his first night the older handling crew were planning their own amusement.
While the green air cargo recruit was deep inside a DC3 they grabbed him, piled the heavy sacks of mail on top and pinned him down with cargo netting. He was still on board when the aircraft took off.
Being ushered to your first-class recliner seat to Dubai it was not – but it might be the journey you would hope every chief operating officer of a major cargo firm to have taken.
Because, on this flight, sandwiched among love letters, bills, postcards and birthday presents bound for Exeter, the future Air Logistics boss was very comfortable.
“It took me ages to get back from Exeter because I didn’t have any money,” confides Dawkins.
“But I love the smell of jet fuel and it didn’t put me off (the air cargo industry) at all.”
Some people might believe that maiden flight to the west country in England was spent spreading the blueprints for a stellar career in cargo, and in some respects it seems it was.
It certainly did not suppress a passion for the industry still felt more than three decades later.
Dawkins then spent 10 years in ground handling instead of chasing the A-levels and the university degrees of his contemporaries.
It was a long-held ambition since before his first job, aged 12, to run his own company and in 1994 he had that chance – founding general sales agency Air Logistics Group.
“Our first invoice was for £50 (US$77),” recalls Dawkins wistfully. “Our first airline (customer) was Islandsflug.
“This year we will turnover $660m, with 60 offices in 33 countries – and 256 employees.
“We’ve got some tremendous individuals working with us and we pay the right levels to get the best.”
Dawkins is extremely passionate about people, whom he always puts first, and you can sense it is the personal and passionate which really motivate him.
“I am fortunate,” he reflects. “I am in an industry which can connect businesses in Brazil to offices in LA, from China to Europe – that is the exciting thing, being able to work on a global scale.
“When I was 16 that wasn’t possible but now at 47 it is.
“At 16 I thought I would run my own business – that was definite – but I never realised it would be as big as it is and now I am fortunate to have the vision which comes from that experience.”
Air Logistics’ managing director Helmut Mair describes his colleague as ‘Mister GSA’. “He stands for professionalism, style, honesty and hard work – which places him amongst the best in the entire air cargo industry.”
Juan Carlos Serna, regional director for the Americas, also has nothing but praise for Dawkins’s management style, but adds with a smile: “It is always fun to see Steve trying to convince each and every air cargo executive around the world that the best football team in England is Derby County.”
Share this story