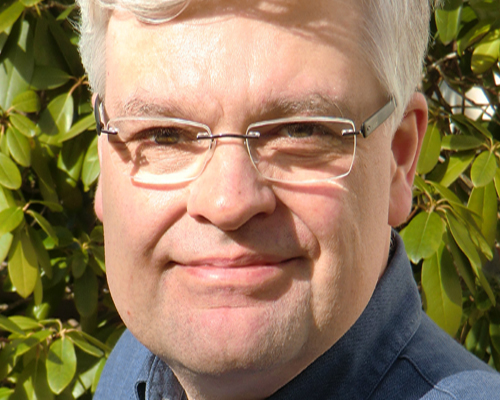 WITHOUT doubt, a pinch or two of magic dust, liberally sprinkled over the current global economic crisis, would bring some welcome relief to an industry which has, in recent times, barely managed to break even, according to IATA’s director general Tony Tyler.
Wolfgang Schmid may be able to come to the rescue. After all, he is well known for his conjuring tricks. “I like to perform magic with everyday objects. I even performed magic instead of conducting a presentation once – and almost everybody enjoyed it,” chortles the 53-year-old mischievously, to Thelma Etim.
Making inanimate objects appear to disappear and reappear again is one of his many talents, which include also being an accomplished keyboard player and guitarist. As a member of the International Society of Transport Aircraft Trading’s (ISTAT) rock band, Schmid has discovered a way to combine some of his personal interests with his professional life.
But behind the laughter and infectious sense of fun, lies a very serious man imbued with colossal brainpower.
Schmid’s role as EADS’ vice-president of sales, marketing and customer support for Airbus’ passenger-to-freighter conversions is not only a strong indicator of how clever he is, but also serves as a barometer of his success within the very competitive freighters business.
The former chief executive of STEMA Metalleichtbau was headhunted and, like all good tales charting an odyssey, fate played a part in his varied career, which has seen him zigzag around the globe and from speciality to speciality.
“I came into this business by accident. I was not looking for it. I had a totally different career before as a corporate lawyer and in development of electronics, which has nothing to do with aircraft. I did not even know freighters existed,” Schmid admits with frank honesty.
“I was away from my family for long periods of time and so, after a couple of years of commuting, I decided a new job was in order,” explains the father-of-three.
The lawyer had spent six years working for Preussag Noell from 1993, knee-deep in mergers, acquisitions and was also responsible for nuclear power plants.
Ironically, when he decided to change direction, it was his legal skills that won him a position with Daimler Benz Aerospace – then a subsidiary of Deutsche Airbus. But his job specification literally changed overnight.
“They employed me as a lawyer, but after my first day they told me: ‘We don’t really need a lawyer. We need somebody in sales. Would you be interested in that?’
“All of sudden I was in sales in the aircraft business. I learned a lot because I am very interested in technical things and, of course, aircraft as well. Aircraft are quite sexy,” he enthuses. “I did not find that it was technically very complicated. It was complex, but not complicated.”
Schmid cites the part he played in the launch of the A310 and A300-600 in 2000, and the A330, as among the proudest moments in his career. “I was proud to push forward the A330 programme, which is now making good progress. I even have the A330 as my car number plate.
“The A330 is a good aeroplane with good features, which is in the midfield end. It will be without competition in a couple of years because in the same field you don’t find any competition, perhaps the B767 on the lower end, but in a couple of years it will be the aircraft.”
A new aircraft makes sense, with high utilisation. “The newer the aircraft, the less fuel and maintenance costs you will have. That’s a given. On the other hand, you have to fly it quite a lot with high utilisation, otherwise you will hardly pay back your investment.”
A social animal, Schmid believes the ‘very small’ business community is an integral part of his work and one he is most vociferous about. “I found my home in this industry, especially in this environment of extremely interesting, highly intelligent, high level people.
“It’s a big challenge to negotiate with these people, but it is fun as well. I am really happy in this environment, where I can attend conferences with 1,500 delegates and I know every second person and feel at home.”
Share this story