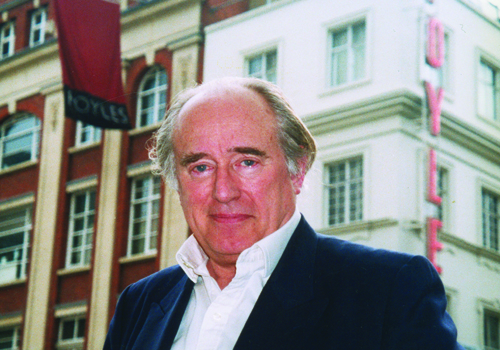 CHRIS Foyle is best known in the industry for bringing the Antonov AN124 out from behind the Iron Curtain.
It was a dramatic and memorable coup, which was made possible by Foyle’s patient hard work and an eye for detail rather than a taste for the theatrical.
His was the perfect mindset in the hunt for the Antonov through the Byzantine corridors of regulations and Russian bureaucracy.
From humble beginnings in 1978 at London Luton Airport (UK), Foyle recalls a typical deal working around the then tough aviation regulations – a schooling which prepared him well for his work on the Antonov.
“We were a small company with small planes,” he says. “It was very exciting. “Back in those days there were companies such as DHL but their deliveries were only carried on day time scheduled passenger flights, as accompanied baggage.
“There were no overnight deliveries to the continent and courier material had to go with passengers during the daytime hours.
“So when we won the contract to fly cargo for Skypak we took a small plane out of Luton at night with one passenger.
“Our competitors thought this was unfair and reported that were breaking the existing regulations and they tried to get them stopped.
“I made a phone call to the Belgian Department of Civil Aviation late one evening.
“The director general himself answered the telephone and after I had explained the problem, told me that we could carry on flying. I remember him saying because we helped the Belgians during World War II he would back us and so the flights continued.”
It is this same British understated focus, which secured the Antonov deal.
Foyle remembers early attempts to land the freighter were rebuffed with one-word messages – “No” – and how former competitors like Heavy Lift Cargo Airlines were ground down by the intractable processes and opaque Russian bureaucracy.
Heavy Lift got as far as speaking to the Antonov Design Bureau, who were keen to forge a free market path, but both sides ended up thinking the other “was not interested anymore”.
“We were lucky,” admits Foyle. “You have got to have that explosion or spark – I knew that aircraft would be wonderful to market in the west.
“I wasn’t unique in thinking that but you have to pursue it doggedly what ever difficulties come your way.
“You also need to be aware of your own failings and hire people who complement you and add their strengths. Bruce Bird for example was essential for his detailed knowledge of the outsize freighter market.”
Air Foyle became the first GSSA for the Antonov outside the Soviet Union in June 1989 and began wet leasing in June 1990.
Chris Leach, chairman of Air Charter Service, says: “He is a very generous and good man. We asked him to join our board and he served for five years.
“He has this wonderful self deprecating manner, which gets all the facts out, he wont be bamboozled and he is very charming.”
Andrew Brookes, director of the Air League, says: “He is a very generous supporter of aviation education and scholarship for young people and a dynamic advocate for British aviation and aerospace.”
Share this story