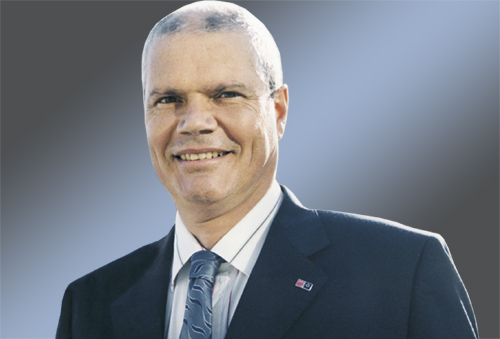 IF YOU want to speak to somebody who lives and breathes the air cargo business, look no further than Oliver Evans, manager of Swiss WorldCargo.
Evans’ enviable reputation as an expert is due to his immense international experience in all areas of the industry.
He has been presiding over the fortunes of the company since 2002. Prior to joining Swiss, Evans was vice-president of global sales in Europe, the Middle East and Africa, at BAX Global.
The 58-year old, fluent in Dutch, English, French, German, and Italian, also worked for KLM Cargo in Germany, the Netherlands, Singapore and the UK.
You could be forgiven for assuming Evans must be a difficult man to get hold of purely because of the numerous amount of roles he juggles, including blogger and vice-chair of TIACA – the non-profit trade association for the industry.
But that is not the case; an unscheduled telephone call will be taken.
Unsurprisingly, he has assumed the role of appeaser in the blazing row over the European Union’s rather incendiary Emissions Trading Scheme (EU ETS).
In his blog, Evans appeals for calm.
“However tempting it may be to join the chorus of moans and escalation of threats, we would rather do something more constructive: move on from the current crisis and focus on a future solution, which is, and has always been, a global scheme sponsored by ICAO [United Nations International Civil Aviation Organisation], agreed by all member states and orchestrated with the industry,” he writes.
“That is why we will be talking to the EU, to ICAO, to legislators worldwide and maybe, just maybe, the industry can be the catalyst to bring fractious government bodies into harmony.”
People who have had dealings with Evans are quick to use words like ‘affable, eloquent, clever, authoritative and witty’.
Is there anything this man cannot do?