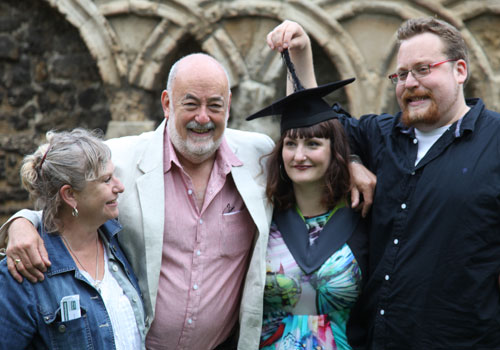 ‘PARTY animal’ is not a term one would ordinarily use to describe one of the most admired operators in the industry. “A man for all seasons” would be more fitting for a person who has contributed so greatly to the business and touched so many lives in the process.
But Chris Chapman eschews any kind praise or celebrity frequently attached to his name, along with any airs and graces that usually accompany success. Chapman Freeborn, which celebrated 40 years of successful aircraft chartering in May, is a leading supplier of passenger and freight aircraft charters to major corporations, private individuals, aid agencies and governments.
“I firmly believe that you treat people as you want to be treated. It is really important, it doesn’t matter who the person is. Whether they are at the bottom of the totem pole or at the top – you treat them the same,” declares the father-of-four.
Unsurprisingly, Chapman recalls an incident early in his career where he was discriminated against purely on the basis of what he was wearing. At the time, he was running a motorcycle dispatch riding company.
“I used to cycle to our office in Victoria (London) in a pair of shorts and sometimes I wouldn’t bother to change. One time we owned a dispatch-riding company and one particular day, I was asked to carry out a job for them and a receptionist in the building was extremely rude because it had been raining and I was dripping wet wearing a cycling cape. Two days later, I was there suited and booted and she was all smiles and even offered me a cup of tea. That really struck me as a way not to behave,” he adds.
Away from the stresses and strains that come with running a thriving entity the colourful 70-year-old, who lives in Bath, likes to spend long holidays with his partner Lisa, in south-western France indulging in his two biggest weakness eating good food and fine wines.
Such is his love for both pastimes that he now owns a restaurant and a bar. “Life is to be enjoyed. Wherever you are, you have got to make the most of it and enjoy it,” enthuses the stalwart who began his working life cleaning tables after leaving school at 16 with three ‘O’ levels.
It was an inauspicious start and one that was unpalatable to his police sergeant father who naturally wanted more for his bright son so he used his connections to land him a position with a freight forwarder called Thomas Meadows.
“It was a job filling in customs forms, which was extremely boring,” reveals Chapman who jumped ship and moved on to another forwarder, which had “more than one type of form to fill in”. Concerned he would not fulfil his potential his father carted him off to a jobs fair in the hope that young Chapman would discover his passion.
“My father got really upset with me because I was showing no interest in life at all. When I went to the careers exhibition people tried to sell me the idea of being a banker or an accountant, which I definitely did not want to do.”
Seeing his devoted father become more and more frustrated as time went on, Chapman spotted a man at a British European Airways stand and told his father he wanted to work for an airline just to keep him happy.
“To be honest, I had never thought about working for an airline until two seconds before I said it.” But Chapman’s initial enthusiasm started to wane once he realised having three ‘A’ levels was a prerequisite to getting the position. He attended night school but threw in the towel after just two weeks.
His future looked uncertain until serendipity came knocking in the form of a Citroen, which had been parked outside the police station, where his father worked for four days. Under the assumption it had been abandoned, the vehicle was towed away to the annoyance of the owner who just happened to work for an airline.
“I went for an interview with Tradair and got the job.” Chapman spent his first day on December 29  1959 flying as a passenger out of Southend Airport, which was then one of the busiest airports in UK. "I flew to Sylt in Germany in the cockpit of a Viking aeroplane with a very aggressive ex-Polish Air Force pilot. That was my day one in aviation and I enjoyed it from that day to this.”
Share this story