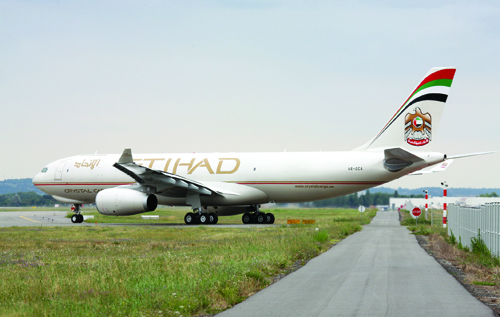 ALTHOUGH air freight demand was 4.2 per cent down on April last year, markets are showing signs of expansion after “bottoming out”, says The International Air Transport Association (IATA).
Various distortions and month-to-month volatility have marked the industry performance since the beginning of 2012, the trade body reveals.
However, April cargo levels were about two per cent higher than in November 2011. About 80 per cent of this improvement was among Middle Eastern carriers with a 14.5 per cent hike in demand. But this was behind a 15.1 per cent increase in capacity.
Meanwhile, cargo volumes for Asia-Pacific, European and North American airlines remained weak.
“It’s a volatile and risky world. Airlines are being cautious managing through the uncertainty,” says Tony Tyler, IATA’s director general.
“Amid the many distortions that have marked the first four months of the year, it is possible to identify the start of a growth trend in cargo for some parts of the world.
“But economic uncertainty in Europe makes it very difficult to be optimistic in the near to medium-term.”
In contrast, passenger numbers climbed 6.1 per cent in April this year.
Share this story