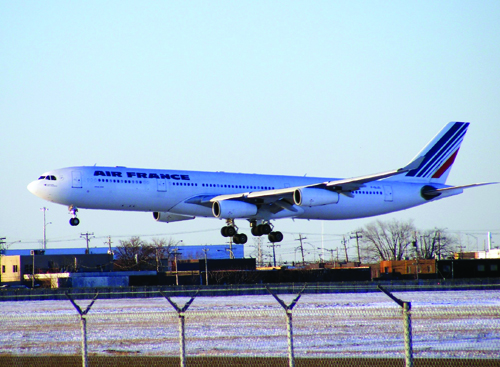 AIR France Cargo is to reduce its freighter fleet of three 747-400Fs and two 777Fs to four aircraft in a bid to “to cut costs and improve its economic performance”.
The carrier, once one of Europe’s leading all-cargo operators, will “fully integrate” with its Dutch partners KLM Cargo and KLM’s lower-cost subsidiary, Martinair, to increase productivity by 20 per cent.
“New synergies will be sought with the provincial bases and abroad,” Air France reveals in a statement.
The major overhaul is designed to help the company “regain competitiveness”.
Air France-KLM’s cargo revenue shrank 8.3 per cent in April from a year earlier on 3.3 per cent less capacity.
Air France’s chief executive officer, Alexandre de Juniac, states: “Air France needs to renovate its organisation and increase productivity by 20 per cent.
“I am confident in the commitment of all our employees in reaching our objective: to place Air France back on the path of profitable growth and consolidate its future in a context of extremely fierce international competition.”
Share this story