Emirates and Qantas team up 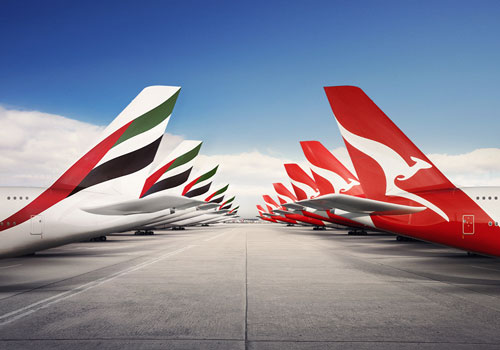 EMIRATES SkyCargo and Qantas Freight are to offer customers seamless access to each other’s networks, marketing cargo capacity to a combined total of 233 destinations across six continents.

The arrangement involves cargo capacity on each other’s passenger services thereby offering freight customers of both airlines new trade and business opportunities.
“This partnership will offer customers a range of benefits including increased frequencies, more options and flexibility, and ultimately improvements through the creation of seamless connections to more destinations,” says Ram Menen, divisional senior vice-president of cargo.
“SkyCargo customers from around the world will initially have access to 28 destinations on Qantas Freight’s network including 10 locations in Australia and eight in Asia.”
Lisa Brock, executive manager at Qantas Freight Enterprises, says Qantas will thereby expand its network to include 65 Emirates destinations in Europe, the Middle East, North Africa and Asia connecting these with Qantas’ existing network of 80 destinations in Australia through interline arrangements.
The number of destinations could eventually be extended to reach the airlines’ combined networks.
Share this story