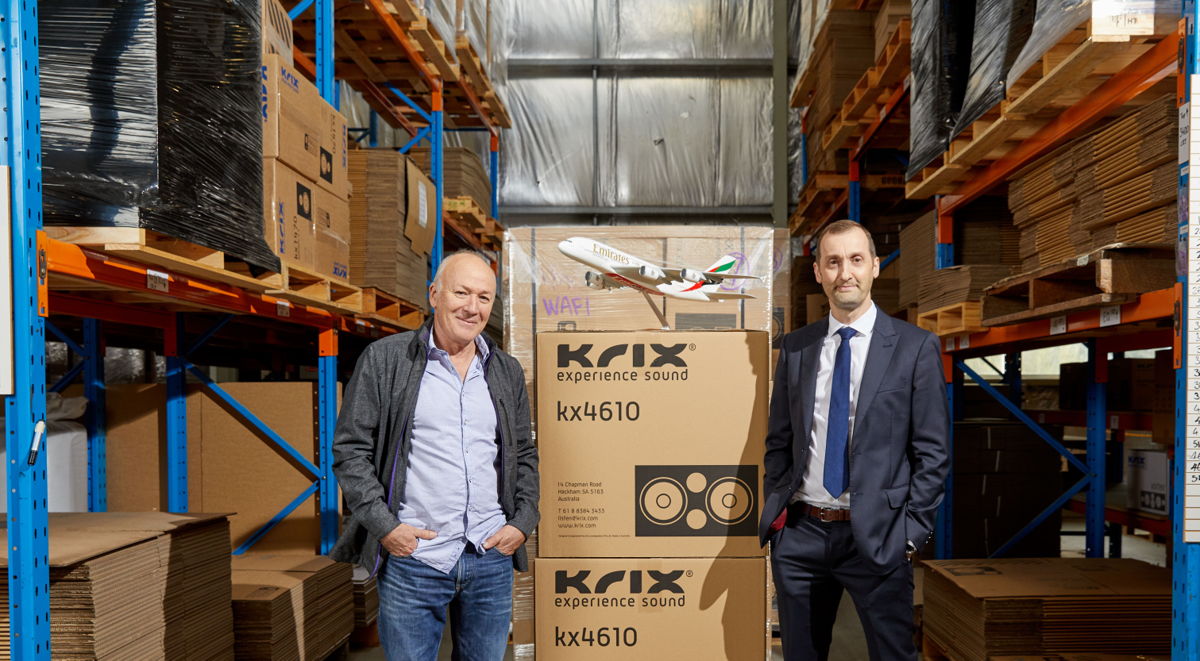 Partnering with Emirates SkyCargo has allowed Krix to gain access to new markets in the Middle East, North Africa and Europe, growing its revenue.

Before its partnership with Emirates SkyCargo, exports made up 30% of Krix’s revenue. Today, export revenue has increased to approximately half of turnover.

“Being able to access the Emirates SkyCargo’s global network with its hub in Dubai has become an important factor in our growth over the past three to four years. We’ve been able to reach new customers throughout the Middle East, North Africa and Europe while supporting jobs in the Adelaide region,” said Ashley Krix, Commercial Cinema Sales Director of Krix.

Krix has exported its products to destinations such as Kuwait, Oman, Egypt, Lebanon, Bahrain, Saudi Arabia, Belfast and Oslo.

Emirates SkyCargo has seen its volumes from Australia grow quickly. In 2017-18, the air cargo carrier transported close to 50,000 tonnes of exports from Australia including perishables such as meat, seafood, fruits and vegetables as well as pharmaceuticals. Over the last five years, the carrier has moved more than a quarter million tonnes of exports from the country.