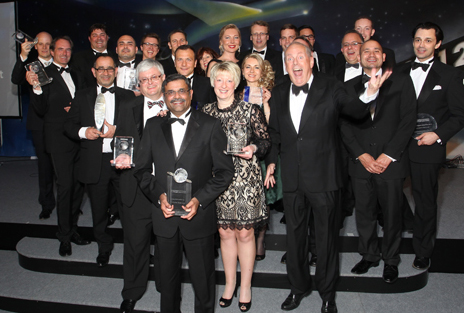 READERS of Air Cargo News voted Emirates SkyCargo the Cargo Airline of the Year, for the 24th time.
“These awards are voted for by our industry and their recognition of the continued success of Emirates SkyCargo is a great honour,” said Ram Menen, Emirates’ divisional senior vice-president cargo.
The airline also won the two awards for best airline operating to and from the Middle East and also Africa.
The full list of award winners are:
Gyles Brandreth made a welcome return as the awards host.
Gyles’ jokes aside, Air Cargo News is proud of the fact that the awards are the only ones in the industry where the votes are independently audited, in this case by the British International Freight Association.
A supplement showing the highlights of the evening will appear in the next issue of Air Cargo News, dated 14 May.
Share this story