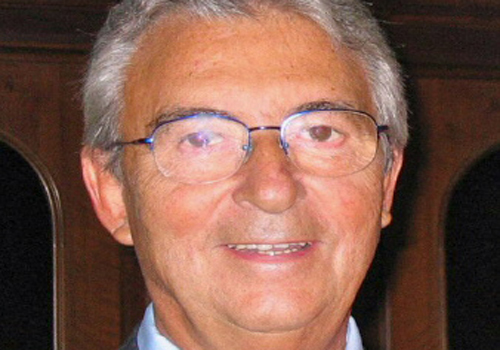 AT 74 Glauco Martinelli is still a legend in the world of GSAs.
He founded ATC in 1979 – which was probably the first GSA in Italy and proceeded to build a company that has been voted top GSA there for last 10 years running.
Before that he had a long career with in the cargo divisions of a series of major carriers, starting with BOAC in 1960 before stints at South African Airways and Alitalia.
However, this year is a particularly important for the company he founded, as ATC became part of the international ECS Group. It is a move, which is consistent with the great mentor’s vision, insists Sauro Martinelli, Glauco’s son – who now heads the operation.
“It has always been a family business and I am attached to my father’s vision,” reveals Sauro.
“He was always challenging himself and you don’t stay number one by standing still.”
It is a relentlessly positive attitude, which is as relevant today even if the GSA world has changed almost beyond recognition in the past 30 years.
The moment of genesis for ATC is legend in the Martinelli family
“Nobody had really heard of a GSA back then,” says Sauro. “As soon as my father heard Air Canada was looking for a General Sales Agent in Italy he went straight home packed a bag and flew to Montreal.
“My mother asked why he had to go… but she knew it was part of the deal, he would say ‘you knew who you where marrying’,” says Sauro.
Glauco flew to Montreal only to find the man he had travelled across the Atlantic to see was in Zurich.
So after a day with Air Canada in Montreal he flew to Switzerland where a telex preceded him saying ‘This is the man you are looking for’.
The connections he had made in Montreal effectively sealed the deal and the rest is history.
Glauco then spent the next years building on this contract by travelling the length and breadth of Italy and the world building a portfolio of major clients.
With Sauro the pair also founded ADP and Airlog companies in 1994 and 1998.
“He is passionate, committed and persistent businessman,” says Sauro.
“This is still a business of relationships. We talk everyday and he keeps tabs on his babies even as they are joining a big international group.
“Everywhere I go I still get so much positive feedback on my father. There are so many happy memories of working with him.
“I joined the company when I was 18 at ground level – I said ‘I will try it but I don’t want to be doing something for the rest of my life, which I do not enjoy’.
“Now I think it is such a privilege to be following in my father’s footsteps in such a dynamic industry.
“The ECS project meets my father’s vision and represents for me and the team a new challenge and a great opportunity for the future in a globalized market which needs strong knowhow and a network coverage.
“Being part of the change is fundamental to keep up all the good work done in the past and give continuity of growth.”
Share this story

Vallair has placed its last-ever B737-400 freighter as it switches its focus to newer models. The aviation company said that…