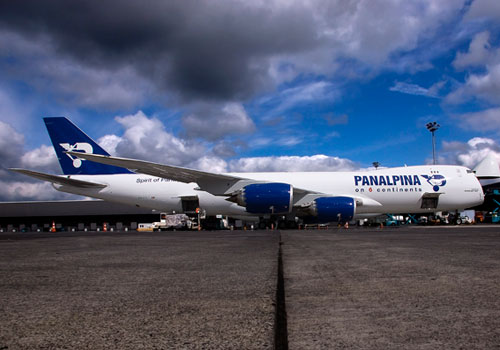 HEALTHCARE has suddenly become big business at Panalpina.
The company’s temperature-controlled airfreight shipments for healthcare customers have grown exponentially in the past four years.
The last nine months alone saw an increase of 90 per cent, with this business now helped by the new Healthcare and Pharma Center of LuxairCargo.
The facility there has put Panalpina in an even stronger position to further grow its business with temperature sensitive cargo, the company insists.
Panalpina was the driving force behind LuxairCargo’s brand-new Healthcare and Pharma Center, investing some €4million in the project.
“Panalpina’s foresight and pioneering role in channelling temperature-sensitive cargo through Luxembourg made this center possible,” says Hjoerdis Stahl, soon-to-leave executive vice-president of LuxairCargo.
The new 3,000-sq m facility is a GDP (good distribution practice) – compliant facility and is split into two separated main areas: one with a storage capacity of 1,270 pallets (Euro pallets) is dedicated to cargo that has to be kept at ‘controlled room temperature’ of between 15°C and 25°C; and a second storage area for up to 350 pallets, dedicated to cargo that needs to be kept at temperatures between 2°C and 8°C.
The build-up areas and even the six truck docks are also temperature-controlled to the respective needs.
“We can now handle more [of this type of] cargo safely,” says Helmuth Scholz, head of Panalpina’s gateway in Luxembourg.
“Having a purpose-built facility makes it easier to keep our customers’ products within the required temperature ranges during off-loading all the way through to build-up and storage of built units,” he adds.
Built-up cargo that is ready to load onto an aircraft is moved to temperature-controlled cells adjacent to the apron. These cells can now hold 70 aircraft pallets (10ft-ULDs), – almost twice as many as before.
While the new facility is open to all forwarders and shippers that export or import pharmaceuticals and medical products via Luxembourg’s Findel Airport, Panalpina keeps its competitive edge.
“Our capabilities in Luxembourg are not linked to the infrastructure alone. We have our own trained and very experienced staff on-site,” says Paul Fairclough, Panalpina’s Healthcare specialist in Luxembourg.
“Our processes are tried and tested. We are not only GDP-compliant but also officially certified to this standard. The RFID technology that is used to monitor the temperatures inside the facility is the same that we have been using since 2009.
“We also have the most modern equipment waiting outside on the tarmac – our B747-8 freighters or ‘Cool Planes’ as we call them,” he adds.
Panalpina’s two B747-8Fs – with a maximum payload of 140 tonnes each – are particularly beneficial for healthcare customers, explains Daniel Lutz who has been instrumental in developing the Panalpina cool product.
“They usually do not want a lot of people tampering with their cargo and prefer not to split a shipment among three or four aircraft, for example in the belly of passenger ‘planes, and then route it via big congested airports where cargo is not the priority,” he adds.
Healthcare shipments made up nine per cent of Panalpina’s airfreight tonnage in 2012, compared to seven per cent the year before.
“We see far more growth potential in healthcare and temperature-controlled shipments,” says Matthias Frey, the global head of Panalpina’s own controlled airfreight network.
“We have all it takes to succeed in this field and the new Healthcare and Pharma Center in Luxembourg puts us in an even better position to capture this business.”
Share this story

Airbus has announced the launch of an A350 freighter while Boeing has confirmed a B777X freighter is under consideration. While…