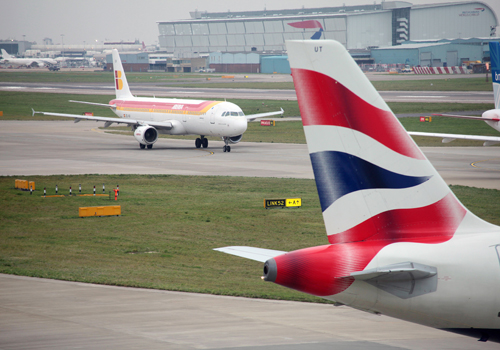 IAG CARGO, formed from the merger of British Airways World Cargo and Iberia Cargo, has appointed two new regional commercial managers to drive growth in the strategic markets of Latin America (LATAM) and the Middle East and Africa (MEA).
Rodrigo Casal has been appointed vice-president LATAM, while in the MEA, Tony Snell has assumed the role of regional commercial manager.
Casal brings to his role 16 years’ experience working for IAG Cargo, as well as in-depth knowledge of the LATAM market, gained during his time as area commercial manager for LATAM North.
He will lead the continued integration of the BA World Cargo and Iberia Cargo commercial operations in the region.
Snell, who previously worked in customer service management roles for IAG Cargo, has been with British Airways for 14 years, joining the cargo business in 2008.
He has been tasked with raising awareness of the new brand in the MEA as well as maintaining market share across all relevant geographies, says a statement.
David Shepherd, global head of sales at IAG Cargo, comments: “2013 promises to be a very important year for IAG Cargo as we look to build on the successes of last year.
“Rodrigo and Tony bring to their roles considerable market knowledge and a track record of delivering impressive results.”
Share this story