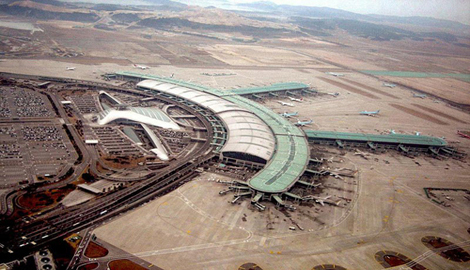 CARGO traffic slumped by 3.8 per cent through South Korea’s Incheon Airport in September.
Total volume through the Seoul airport fell to 203,600 tonnes in the month, contributing to an overall drop of 0.9 per cent in the first three quarters of 2013.
A major contributor to the slump was a continuing slowdown of business with China. Direct shipments from Incheon to Chinese markets has seen continuous negative growth for many months, a spokesperson reveals.
The tough air cargo market has forced the airport to offer substantial incentives to encourage more cargo business.
These include a 10 per cent reduction in landing and parking fees – and reduced rents for users of the airport’s Free Trade Zone.
The good news is that traffic to Hong Kong, Incheon’s biggest cargo destination, “is showing a consistent increase,” says a spokesperson.
Air cargo movements to Hong Kong showed a 3.5 per cent improvement during September.
Share this story