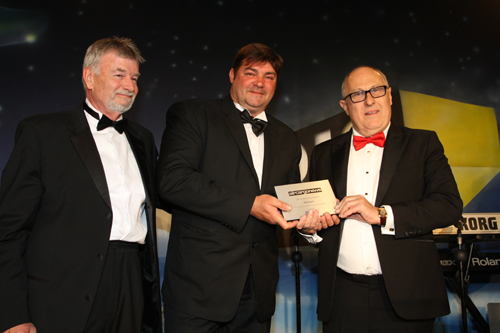 Early in 1942, an historic decision was made by the British war-time government and American military officials to build a US Army Air Force base on a plateau close to the village of Stansted Mountfitchet in Essex, near London.
The first American unit, the 817th Aviation Engineering Battalion, arrived there in August 1942. Its role was to convert green English countryside into a military airfield. They would have been unaware that 50 years later their efforts would culminate in the establishment of Stansted, the third airport for London. They would have further been unaware that a baby boy, Chris Leach, was going to be born there.
By early 1946, all flying at Stansted had ceased and the hangars were used to store war surplus equipment from other closed airfields in the region, with prisoners of war assisting with equipment handling.
However, although it was still under the control of the Royal Air Force, some time in December 1946 London Aero Motor Services (LAMS) moved to Stansted and was described by the local newspaper as ‘Squatters with 17 Bombers’ as they lived and flew out of the corrugated steel nissen huts which had originally housed US Air Force personnel.
LAMS was set up by a Dr Graham Humby, owner of Grosvenor Square Garages. It operated from Stansted with six brand new Handley Page Halton aircraft, which were surplus Halifax bombers converted for civilian use.
In December 1946, a couple of LAMS aircraft were sent on a reconnaissance of closed airfields to find a new home. As a result a captain Dennis Leach, Chris’ father, made the first civilian flight at Stansted when he landed to check it out, despite the fact the airfield was officially closed!
On 20 April 1949, Chris Leach was born in one of those nissen huts with, many say, aviation fuel fed to him by bottle.
From a family of aviators, Chris has been in the business virtually all his life, with a brief sojourn through 1960s flower-power, the hippy trail, and then a stab at training to be a school teacher, gaining a Bachelor of Education degree. But, as with many in this industry, aviation finally won out.
During the 1970s, Chris worked at Stansted with Saturn Airways in operations and as a loadmaster on Hercules aircraft, those aircraft eventually being absorbed by Trans International Airlines (TIA) and the operation moving to Frankfurt.
Chris continued in operations, but set up a cargo services operation at London Gatwick airport in 1975, before eventually moving into sales and sales management with TIA being acquired by The Transamerica Corporation and named, Transamerica Airlines.
He was then hired by Italian forwarder Savino del Bene, and was asked to go to the USA to set up an operation there. Chris and family, Tina and James, moved and lived on Long Island for several years, until their return to the UK. It was at this time that their daughter Emily was born and the family was complete.
In his entrepreneurial style, Chris then set up various businesses which met with mixed success until, in 1989, after a brief relationship with British Air Ferries and Evergreen International Airlines, he formed ACS, out of necessity, to feed his ever growing family.
The company was located in a smoke-filled basement in Chris’s home. Its first successes were in the uplift of humanitarian aid – and ACS has been renowned in this ever since.
Over the years, ACS has grown exponentially, increasing the size of its cargo operation and, without resting on his laurels, has also developed a large executive jet passenger business and commercial jet passenger business. The company now has 295 employees spread across 16 offices globally, with revenues in excess of £275 million.
Chris continues his entrepreneurial spirit today, training and encouraging young people to join the aviation business. He is still striving daily to be number one.
Share this story