Jade ‘doomed from the start’ 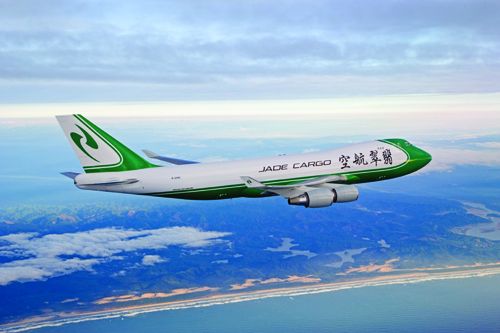 JADE Cargo was doomed from the start by a “flawed” strategy, says industry expert Stan Wraight.
The managing partner, of Strategic Aviation Solutions International, lays the blame for the demise of the Chinese-German freight carrier, now going into liquidation, on an “ill-conceived” game plan.
Jade’s partners included Lufthansa Cargo, Chinese logistics enterprise UniTop Group and LufthaShenzhen Airlines – the major shareholder with a 51 per cent stake.
Wraight believes key factors, such as the airline’s inability to compete with major players Cathay Pacific and China Southern Airlines , acquire the correct traffic rights or the correct aircraft made its downfall “almost inevitable”.
“That rationale was Jade would serve all the regions of China and even some other regional countries around it and the transpacific, flying directly from the US rather than going via Europe, which is more economical and viable,” explains Wraight.
“But the reality was, at the time, that they could not get the aeroplanes they needed to fulfil the strategy, which was smaller aircraft, such as B767 or an A300-600 so they decided to opt for a different strategy, which was to use B747-400s because Boeing made them available.”
Wraight goes on to describe the joint venture as being “geographically sandwiched between Cathay and China Southern”.
“The airline was in the middle of a hornet’s nest, which was an uphill battle they were not going to win.”
The best traffic rights were also secured by the existing Chinese airlines.“The whole business case was doomed to failure because of all the uphill battles it had to face,” adds Wraight.
“[The owners] also underestimated the ability of the Chinese airlines to develop a strategy for air cargo that would make them a dominant force in their own home market.”
Share this story