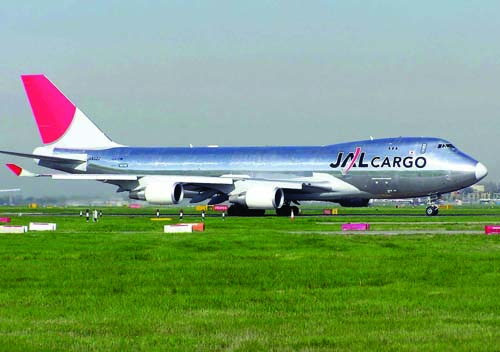 JAPAN Airlines (JAL) has announced further wide-ranging cuts to its network and services as part of its dramatic cost-cutting programme.
“JAL has restructured its overall network with the clear objective of returning to profitability as swiftly as possible by creating a solid business model that can withstand the fluctuations in economic conditions and by generating profits without overly relying on future traffic demand,” the carrier said in a statement.
This plan includes the retirement of JAL’s 747-400 and A300-600 aircraft by the end of this fiscal year, withdrawal from several overseas regions, and the drastic contraction in the size of operations, within a year.
The airline has decided to discontinue services on 15 international routes with 86 weekly round-trip flights, as well as on 30 domestic routes with a maximum of 58 daily round-trip flights.
Totaling the changes made since fiscal year 2009, JAL will end operations on 28 international routes with the closure of 11 overseas bases while domestically, 50 routes will be terminated along with eight offices.
As a result, the international and domestic passenger capacity (measured in available seat kilometer) will be reduced by 40 per cent and 30 per cent, respectively compared to levels in fiscal year 2008.
While the overall scale of the airline’s international operations will shrink by 40 per cent, JAL says that it is aiming to expand the use of Haneda airport for international flights to maintain a global network with a focus on pivotal routes that can yield higher business demand, notably between North America and Asia.