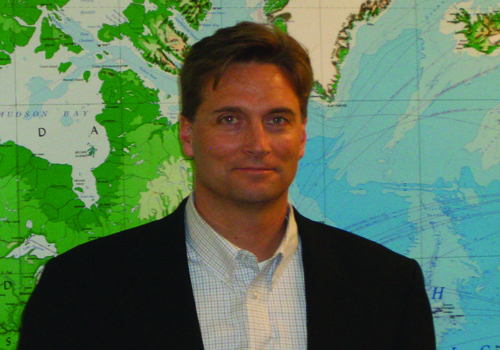 PEMCO chiefs say the firm “has been to gym and is now all lean muscle” following the controversial exit from its Alabama plant.
Talking frankly to Air Cargo News Pemco president Kevin Casey says despite the “horrible experience” of declaring the company bankrupt in order to leave their historic base at Dothan, Alabama the firm was at last fighting fit.
He is keen to set the record straight about the painful restructuring Pemco has gone through and what it can offer now out of Chapter 11 bankruptcy protection.
Their former Dothan operation in Alabama, US  “was a highly unionised” work force according to Casey.
“We were unable to adjust our business plan,” says Casey. “Airlines just weren’t prepared to fly there anymore.
“It cost Southwestern US$23,000 in fuel just to fly to Dothan and back again and it cost American Airlines US$28,000 to US$30,000 per visit and that realisation was occurring with all the major carriers.
“This was also a challenging time for regional carriers in the US.”
Casey says when the existing contracts for Dothan ended man-hours fell dramatically but the company still had to retain an expensive workforce.
Now Pemco has struck a series of deals for its conversion business, which augments its strong MRO offer by working counter cyclically to each other.
The landmark deals the conversion wing have since landed this year include 12 737 300 and 400, F and combi conversions as well as four 757 combis.
“It is probably the most prolific cargo conversion program and we have a backlog,” says Casey.
“Back orders include firm orders for 36 737s – the market is responding to our restructuring.
“I think it was horrible to go through bankruptcy to change a business strategy… but I’m proud of the decisions we took.
“It was like a fitness program we’ve shed the fat and is now all lean muscle.”
Casey says Pemco now has zero debt and is eyeing further deals, which he will announce in the next couple of the months.
He also thanked Pemco’s suppliers for their commitment to the firm and picked out Pemco’s relationship with the Hako Group in China and Aergo Capital, which he described as “extremely exciting” for the future of the company.
Following the restructuring Pemco’s home base is in Tampa, Florida with additional locations in Cincinnati, Ohio and Asia and it retained the backing of Sun Capital Partners.