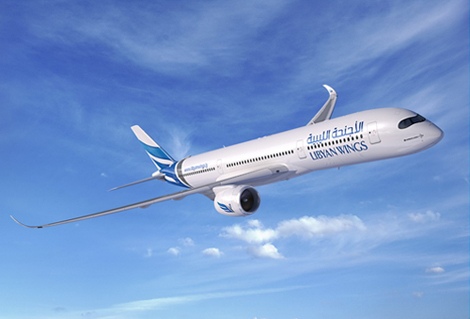 LIBYAN WINGS, the newly-launched, Tripoli-based airline, has signed an agreement for three A350-900s and four A320neo aircraft.
The fledgling carrier is building up its fleet with aircraft orders announced at the 2013 Dubai Airshow.
Libyan Wings is to start operations for passenger charter and airfreight services from the start of 2014.
“The A350 XWB and A320neo will play a significant role in ensuring that our new airline operates one of the most modern and efficient fleets in the Middle East region moving forward,” says Wisam Al Masri, chairman of Libyan Wings.
Share this story