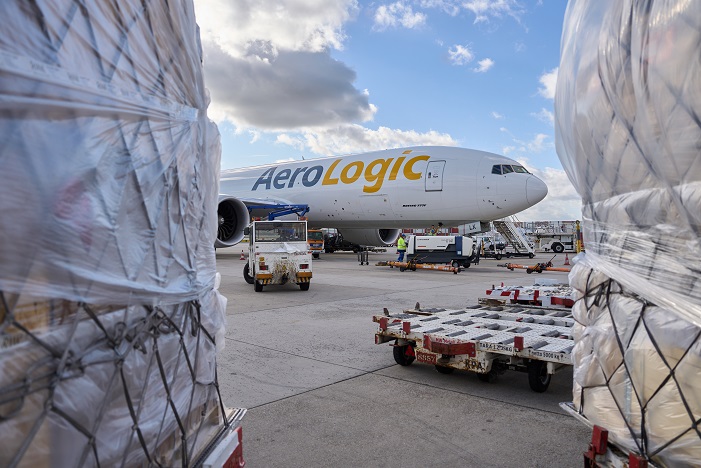 Lufthansa Cargo has added Hanoi as a new destination to its B777 freighter network as it looks to capitalise on export growth in Vietnam.

The first flight of the twice-weekly service arrived in the Vietnamese city on November 3. The flight is part of Lufthansa’s winter schedule 2022/2023 and also includes a stop in Mumbai.

The new destination is in addition to the airline’s twice-weekly flights to Ho Chi Minh in the south of the country and doubles Lufthansa’s capacity to Vietnam.

The flights are operated by Lufthansa and DHL’s AeroLogic joint venture.

“Both Ho Chi Minh City, the country’s largest city and economic center in the south, and the capital Hanoi in the north are characterised by remarkable economic growth in recent years,” Lufthansa Cargo said.

“As a production center, Vietnam has gained significant importance and records an increasing high export volume, including to Europe. Accordingly, the demand for airfreight transportation is high.”

The airline said that electronics, automotive parts and clothing are among the goods most frequently flown from Hanoi.

Lufthansa Cargo chief commercial officer Ashwin Bhat said: “With our station opening in Hanoi in the north of the country and thus in an advantageous location to the economic highway to North and Southeast Asia, we are ideally supplementing our transport offering for our customers with another direct connection to Frankfurt and thus also to our European and global network.

“Our network is growing with frequencies and destinations to highly demanded routes, including Hanoi, Seoul and Hong Kong.”

Lufthansa Cargo’s long-haul fleet consists of a total of 16 Boeing 777F aircraft. Five of these aircraft are operated by AeroLogic.

The flights all are flown and marketed under a Lufthansa flight number.