Luxair: how to ride out a storm 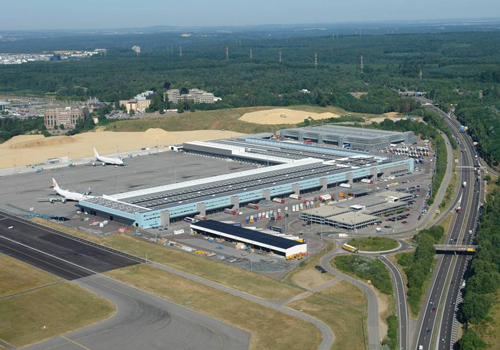 WHEN the air cargo business gets tough, the tough get going.
This has been such a turbulent year, that it has already seen off some in the airfreight industry, such as carriers Grandstar Cargo and Malev, for example.
It comes as no surprise that some air cargo supply chain members will be glad to see the back of 2012, even though their third or fourth quarters may have begun to show some promise.
Leading European ground handling agent LuxairCargo (LC), is among the survivors.
Hjoerdis Stahl, its executive vice-president (EVP), reveals that it has been far from easy watching volumes slide by eight per cent over last year.
“We have been hit – but not as hard as others,” she admits. “A drop in eight per cent is not something you can argue away and say: it’s negligible. It’s not!”
One of the ways the company has coped with the economic downturn and managed to keep its costs under control is by maximising the contributions of a team of skillful personnel.
“Our flexible arrangement means that, across the group, our adaptable staff have been carrying out some ramp and passenger aircraft handling duties,” reveals Stahl.
LC, based at Luxembourg Findel Airport’s cargo centre, has a capacity of 1.2m tonnes a year.
Unsurprisingly, Stahl has no intention of making any rash decisions in the face of such continued economic uncertainty. Instead she is engaged in what she descr-ibes as ‘crisis management’.
“We’re planning with the same numbers in mind – or for a further tonnage drop at the beginning of 2013,” she continues. “I have no cert-ainty anymore. I think that’s the biggest problem – our customers don’t know, in fact, nobody really knows, where all of this is leading.”
But it is not all doom and gloom. A high note for LC has been the arrival of new client Qatar Airways, which, according to the EVP, represents the type of new customer the company wants to attract in the future.
“The Middle East is a region we were not so well connected to before, so we are delighted to have a Middle Eastern car-rier here,” enthuses Stahl. “We want to have more clients with such a diversified portfolio.”
Luxair has also bravely invested more than US$4m in a Healthcare and Pharmaceuticals Handling Centre, which opens next April.
Once completed, the 3,000-sq m infrastructure will boast two temperature zones. It will also house 70 temperature-controlled ULD positions ranging from 2° to 25°C.
Stahl is confident Luxair will eventually enjoy a healthy return from the state-of-the-art complex, by attracting major pharmaceuticals companies, which routinely transport their products worldwide by air.
“If I do not invest today, what is the loss I am going to experience if, as a result, pharmaceuticals companies dec-ide to no longer use Luxembourg at all?” argues the EVP.
“When we looked at the numbers – the growth rates for pharmaceuticals sales – and the potential that Luxair has to provide a low-risk airport product to the end client, which is the pharmaceuticals company, then we believe we will get a return.”
Stahl has stiffe-ned her resolve in preparat-ion for what 2013 may bring amidst the global economic crisis and the decline in demand.
“We are not making any major decisions. We’re going to have to take it as it comes,” she declares.
“I think we have managed quite well throughout 2012. It remains to be seen what happens next year.”
Share this story