Merchant of death will be set free within days 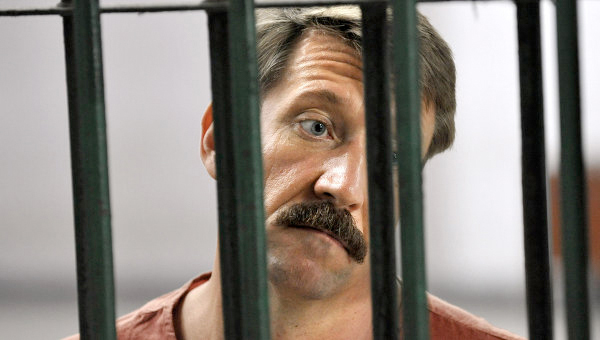 ONE of the most notorious and wanted criminals in the air cargo industry is set to walk free from prison in Thailand after a Thai judge ruled that he could not be extradited to face charges in the United States.
Known as the ‘merchant of death’ Viktor Bout, is allegedly the world’s biggest gun-runner and numerous UN reports have implicated Bout and his companies for trafficking arms into embargoed countries such as Liberia, Angola, Rwanda and Sierra Leone.
He is also accused of diamond smuggling and his list of customers has been described as ‘a who’s who of the world’s nastiest warlords’.
Bout’s activities, operating from Sharjah in the UAE, were exclusively revealed by Air Cargo News in the 1990s.

Following the ruling on 11 August, the US has three days to appeal against the ruling, if that fails Bout will walk free.

Bout was originally captured in Bangkok following an elaborate ‘sting’ operation where US agents posed as arms buyers for FARC, the Colombian rebel army that the US views as a terrorist organisation.

Ironically, the US government allegedly extensively used the services of Bout’s companies following the invasion of Iraq in 2002.

Bout has been heavily backed by the Russian state that has petitioned for his release. “We view this decision with satisfaction, and we hope that in the nearest future, Bout will return to the motherland,” said a Russian foreign military spokesperson.