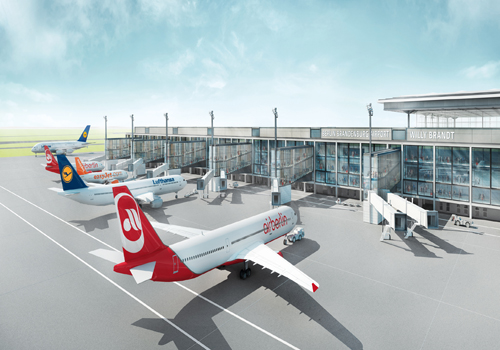 THE opening of Berlin’s new major hub airport may be postponed for a fourth time, in a project that is turning into an embarrassment for Germany.
The management of the new Brandenburg Airport Willy Brandt, has allegedly informed its government stakeholders of ‘major problems’ with the project’s fire safety system and other technical features.
The airport, one of the country’s biggest infrastructure projects, was scheduled to be open at the end of 2011. It is needed to replace the capital city’s two small and ageing airports, Tegel and Schoenefeld.
The 2011 opening was first delayed to June 2012, then March 2013, before a new date was set for October 27.
Costs for the airport have already more than doubled to €4.4bn (US$ 5.9bn).
The airport’s stakeholders are to discuss the new situation as soon as possible, say reports.
Share this story

Swissport International is set to start operations at the German capital’s new Berlin Brandenburg (BER) Airport. After having moved its…