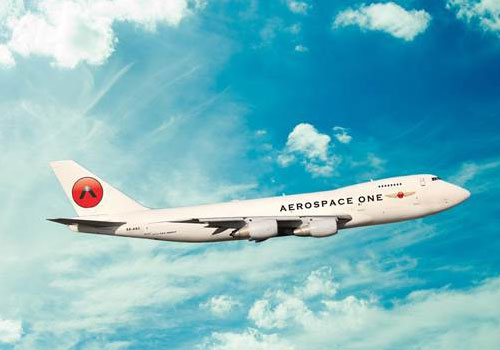 AEROSPACE ONE, a new, Greece-registered all-cargo airline, has been set up.
It will offer wide-bodied freighters for charter or ACMI lease and will operate from a home base at Châteauroux, in central France, connecting high economic growth areas with Europe concentrating at first on India and Brazil.
The fleet, already in operation, comprises B747-200Fs and new B747-400Fs.
There are plans for further expansion, reveals founder Jaideep Mirchandani, who has just completed six months of negotiations with European regulators.
The all-cargo airline will initially target charter business worldwide, specialising in the transport of heavy loads, he points out.
“It will build cargo bridges between continents – initially Asia and South America, via Europe,” Mirchandani adds.
The new venture aims to fill a cargo void estimated at tens of thousands of tonnes a month left by the recent closure of other European freight-only airlines. It will also administer other aircraft on behalf of operators.
Mirchandani says: “We will serve a particular niche in this market. Our companies have been operating successfully for nearly a decade in the field of transportation of heavy loads and ACMI lease.”
Aerospace One made its maiden flight in April when a B747-200F flew from Sharjah to Jakarta.
Part of the Skyone group of companies, the carrier has already tied up with charter specialist Chartersphere, based in the UK.
An exclusive affiliation means the broker will handle all charter inquiries and contract arrangements for Aerospace One.
Chartersphere will provide quotations on all business inquiries for the new. Paul Bennett, managing director of chartersphere, says the move is a natural development in the relationship between the two companies, which are both part of Skyone Group.
“This is an evolutionary move which draws on the experience and professionalism built up across decades within the group,” he says.
“We will offer the Greek aircraft on a global basis and are delighted to be able to provide competitive prices on an exclusive basis to all inquiries as well as guaranteeing the flexibility for which we are known across the world,” he adds.
Share this story