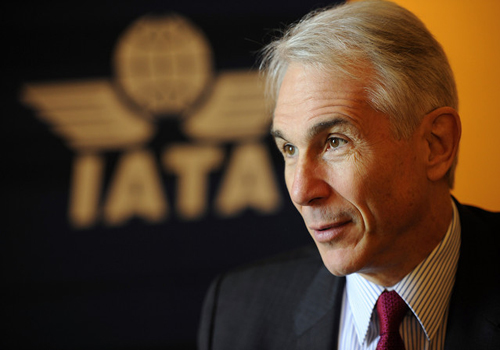 TONY Tyler was once again left squinting for those green shoots as IATA released its global air cargo figures.
However, the IATA boss did find cause for hope in a weak set of figures for June.
Demand in North America grew 1.8 per cent while capacity shrank one per cent. The Middle East posted a 17.9 per cent increase in demand and a 14.2 per cent increase in capacity. Africa too saw a 15.9 per cent increase in demand and a 12.1 per cent increase in capacity.
Asia Pacific, Europe and Latin America were all down although capacity was stable in Europe and capacity was up 12.5 per cent in Latin America.
Tyler, IATA’s director general and chief executive, says: “The uncertainty that we see in the global economic situation is being reflected in air transport’s performance.
“Although there are some pockets of solid performance, it is difficult to detect a strong trend—positive or negative—at the global level.
“Passenger markets have been growing more slowly since the beginning of the year and freight market gains have been mostly very weak.
“The net effect is a demand limbo as consumers and businesses hedge their spending while awaiting clarity on the European economic front.”
Share this story