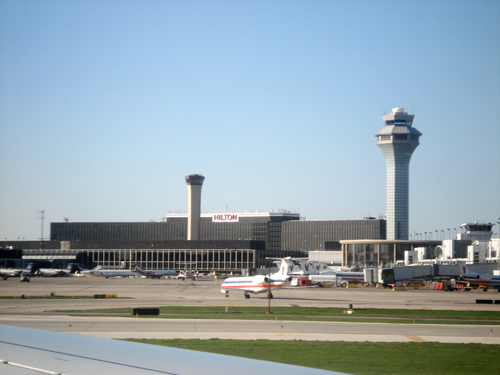 CHICAGO O’Hare International Airport (US) is to “increase the city’s competitiveness as a global transportation and cargo leader” by building a US$200m freight hub.
The new 78,038m² facility will “vastly increase the airport’s air cargo capacity”, according to the southern city’s mayor, Rahm Emanuel.
Commenting on the hub plans, Rosemarie Andolino, the department of aviation’s commissioner, states: “The extensive progress we’ve been able to make on the O’Hare modernisation programme has paved the way for this project to commence, with new, larger runways and taxiways that allow the airport to handle the larger, newest generation of 747-8 cargo planes.”
It is understood the first phase of the hub is due to open next year. The whole complex is scheduled for completion by 2020.
“[O’Hare] will create thousands of quality jobs for Chicagoans,” says mayor Emanuel.
Airport cargo and logistics facilities developer, Aeroterm, is contributing $130m to the centre, which is expected to generate more than 12,000 temporary and permanent posts.
The mayor also claims the 35-year deal with the company will result in “$600m in economic benefits to O’Hare”.
Share this story