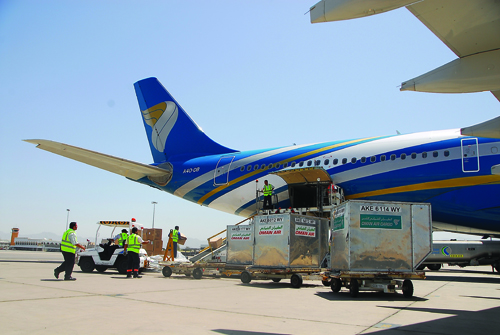 OMAN Air (OA) celebrates a record-breaking 47 per cent hike in cargo revenues during the first five of months of 2012 – the most successful period in the airline’s history.
The carrier also reveals freight volumes grew 33 per cent between January and May this year.
Wayne Pearce, Oman’s chief executive officer, says: “I am very pleased to say that we generated greater revenues and transported more cargo than at any equivalent time in the airline’s history.”
The carrier, which is launching a new freighter service between Oman’s capital city, Muscat, and Tehran (Iran) in September, will also take delivery of two new Embraer E175 jets in the third and fourth quarters of this year.
OA has also ordered six new 737s, which are scheduled to be delivered in 2014 and 2015, along with six 787 Dreamliners.
Share this story