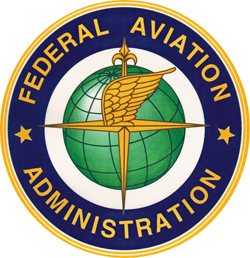 A US pilots’ union has appealed against the ruling that excludes cargo pilots from new Federal Aviation Administration (FAA) fatigue rules.
The Independent Pilots Association (IPA), which represents UPS pilots, is backing government representatives Chip Cravaack (see page 20) and Tim Bishop’s proposed legislation that would close the ‘loophole’ excluding cargo pilots from the same new fatigue rules as passenger pilots.
The FAA introduced the rules following the crash of a commuter flight in 2009. Reg­­ulations now require airlines to allow their pilots at least 10 hours of off-duty time between flights, to give them the opportunity of eight hours of sleep before they return to the flight deck.
FedEx protested against Cravaack and Bishop’s plan, saying applying the same rules to both types of pilots is a mistake.
“The proposed legislation attempts to implement a ‘one-size-fits-all’ approach to fatigue; an approach that the administration’s own analysis determined was not practical,” FedEx says. “The FAA recognised that fact when it wisely introduced the Fatigue Risk Management System, allowing carriers and pilots to develop customised plans together to achieve the best possible alertness results.”
Now the IPA has waded into the fight. Its lawyer, William Trent, said: “Con­­gress specifically told the FAA to address the problem of pilot fatigue by issuing new rules based on the best available science.
“The FAA initially agreed, [but then] under intense cargo industry pressure, abruptly made a 180-degree turn and left cargo pilots under the same set of flawed rules that the FAA and Congress found lacking.”