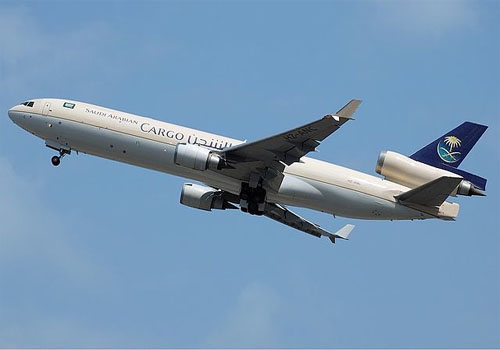 BOSSES at Saudia Cargo have hailed a record increase in tonnage and volume.
While acknowledging tough conditions and a decline in some markets the Saudi Arabian carrier transported 251,500 tonnes in the first half of the year.
Fahad Hammad, Saudia’s chief executive, says: “We experienced all time records in May and June 2012.
“The main contributors to our growth were exports from Europe, East Africa and the UAE as well as cargo from our network into Saudi Arabia and West Africa.
He adds: “We expect the growth spurt to continue in the second half of 2012.”
A Saudia spokesman says the increases can be mainly attributed to new routes to Europe, Middle East and Far East.
Share this story