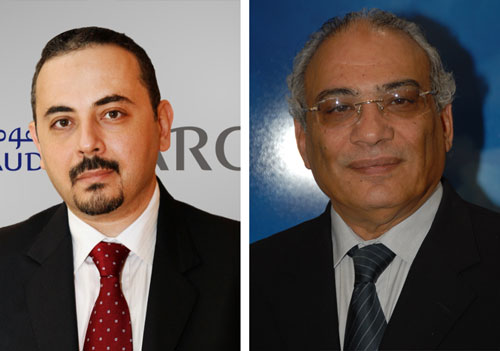 CONTINUED success at Saudia Cargo has led to the promotion of Fahad Hammad, its current chief executive, to a big and unique role masterminding a new air cargo era in Saudi Arabia.
He will be responsible for the development of infrastructure and new and current facilities at the country’s main airports, including the Cargo Village project at King Abdul Aziz International, Jeddah, considered the most significant investment project in the cargo sector.
Hammad will lead the vast expansion that is required to meet the big challenges that lie ahead, says a statement.
The move follows on from what is described as ‘the remarkable increase’ in imports and exports to and from the kingdom, which it attributes to the strong economy there.
Taking his place at the head of Saudia Cargo is Nabil M Khojah, who has more than 16 years’ experience in the fields of information technology, supply chain management and logistics. “He will be an invaluable asset to the company as its new chief executive,” the statement adds.
Over the course of his career, Khojah has held a number of key positions within Unilever and was most recently employed as managing director at Exel Saudi Arabia (Olayan DHL Supply Chain).
Meanwhile, the Saudia board of directors has formally thanked Hammad for his “remarkable achievements”, which led to the qualitative transition of Saudi Airlines Cargo, enhancing its financial performance.
Share this story