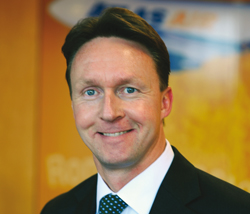 MORE countries should recognise each other’s air cargo security procedures, says The International Air Cargo Association (TIACA).
Michael Steen, TIACA’s chairman, is calling for governments around the world to follow in the footsteps of the US, which has recently agreed to fully recognise Europe and Canada’s air cargo security standards.
“We strongly support efforts to enhance security of the air cargo supply chain without unduly disrupting vital commercial flows,” he states.
“Mutual recognition of robust security regimes is an important way to further this goal, so we commend the US, EU, Swiss and Canadian authorities for their recent announcements in this regard.”
Doug Brittin, director of air cargo at the Transportation Security Administration, told delegates at the association’s summit in Moscow (Russia), the security threat “remains high for all of us”.
“Our goal, which we know is shared by the industry, is to not lose an aircraft,” he states.
Brittin went on to reveal the Advanced Air Cargo Screening pilot programme (ACAS),  which began with express carriers a year ago, had now been expanded to include passenger and cargo airlines, as well as forwarders.
Share this story