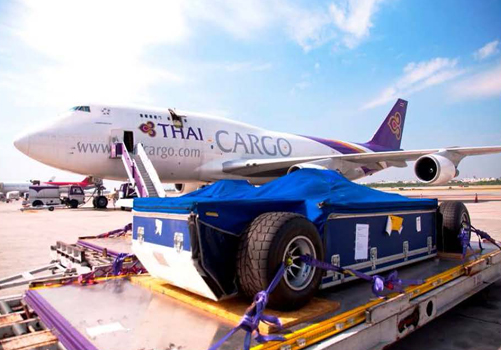 THAI Airways International’s (THAI) freight division successfully transported a Formula1 car for the Red Bull Racing team, following the 2012 Race of Champions annual event, held in Bangkok (Thailand).
THAI Cargo transported the F1 vehicle on board flight TG890 from Bangkok to Frankfurt (Germany).
The carrier, which is due to launch routes to Tokyo (Japan) and Paris (France) early this year, took delivery of the second of six eco-friendly Airbus A380s it had ordered in November 2012.
THAI is using the aircraft to run long-haul daily flights from Bangkok to Frankfurt.
“The A380 is capable of flying 8,500 nautical miles or 15,700 kilometres non-stop," a spokesperson states. “From Bangkok, this enables a non-stop service with a full payload to any destination in Europe or anywhere in the USA.”
Share this story