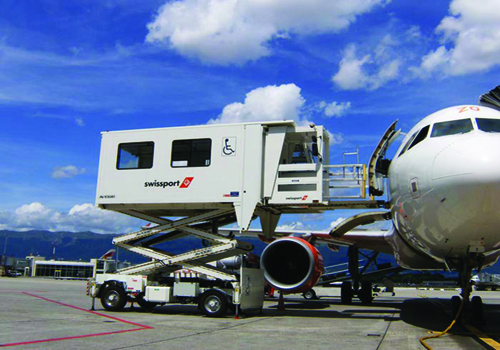 A PLAN by Swissport to establish a cargo handling business in the Ukraine has ground to a halt after the former Soviet state allegedly ‘stole’ its passenger-handling subsidiary.
The global ground handling company, which owned 70.6 per cent of Swissport Ukraine, has been left reeling after a local court ruled in favour of minor shareholder Ukraine International Airlines (UIA) assuming full control of the company.
The Kiev subsidiary’s annual turnover had catapulted from about US$2.5m in 2006 – when Swissport first entered into the partnership – to about $30m this year after enjoying consistent double-digit growth.
Commenting on what Swissport has described as “a hostile corporate raider attack”, Mark Skinner, senior vice-president for Swissport Ground Handling, Europe, declares: “We have appealed to the highest court in the Ukraine. We are going to fight to the end.
“We are 100 per cent convinced that Swissport is right and Ukraine International, along with its shareholders, are committing a crime and they have taken over our shares in an unfriendly way.”
Share this story

Chapman Freeborn expands in US

Aircraft charter broker Chapman Freeborn has expanded its presence in the Americas by opening a new northeast US office. The…